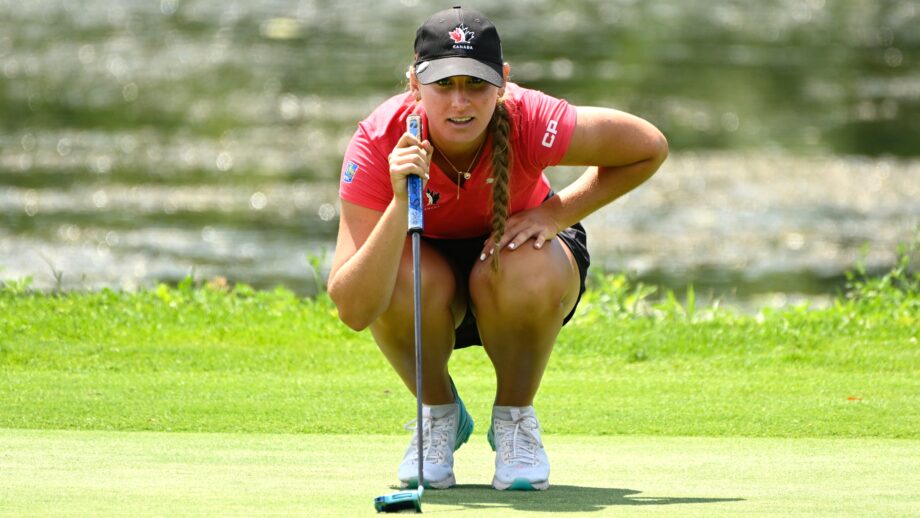 Team Canada’s Brooke Rivers is ready to take the next step in her golf career by following in Arnold Palmer’s footsteps.

Rivers has declared her intention to play for Wake Forest University in the new school year, Palmer’s alma mater. The decision isn’t just based on Palmer’s legacy, but the contemporary reality that the Demon Deacons are the No. 2 ranked women’s golf program in the NCAA.

“I’m very excited to be going to such a top golf school, I will be around girls that are very competitive, and I’ll be able to learn from them and grow my golf game by learning from them,” said Rivers. “I will also be able to play in really high rank tournaments, which again, will expose me to play against really good competition, to better myself.”

Rivers, who was born in Brampton, Ont., and raised in Turks and Caicos, signed on at Wake Forest on Friday along with American Macy Pate. The Canadian said the legacy of Palmer, one of the greatest golfers of all time, was just one of the reasons why she wanted to play for Wake Forest.

“Having very good alumni that come out of school, just shows how great the golf program is,” said Rivers, referring to Palmer who arrived at Wake Forest in 1948 and was the school’s first individual NCAA champion in 1949.

But Rivers’s interest in the college in Winston-Salem, N.C., goes beyond its NCAA ranking or history of producing strong professional golfers. She was attracted to its facilities and the strength of its academic curriculum.

“I’m very excited to use the (Arnold Palmer Golf Complex) practice facilities and all of the technology and different resources that they have available there, as well as the amazing (Old Town Club) golf course,” said Rivers, who intends to study business.

“Everything is very close to the dorms so I will be able to spend my time practising and balance my time management.”

Kim Lewellen, the head coach of Wake Forest’s women’s golf team, said she has kept close tabs on Rivers throughout her junior and amateur career.

“She has a nice athletic stature, hits the ball a long way, and has a good golf IQ,” said Lewellen, who noted that Rivers’s parents Tammy Glugosh and Gregg Rivers are also impressive golfers. “I think she also probably got that from her parents, so this was a total package.”

Although Rivers said she chose Wake Forest to learn from some of the best collegiate golfers in the world, she’s no slouch herself. She impressed Lewellen when she tied for 10th representing Canada at the World Amateur Women’s Team Championship on Aug. 27.

She also won the Coca-Cola Junior Championship in 2019 and the Future Links Quebec Championship the same year, and was runner-up at the Ontario Women’s Match Play.

“Golf is a tough game, you can have your good rounds, but you can have your bad rounds and golf can hurt your feelings. You have to have a little bit of thick skin,” said Lewellen. “I think Brooke shows the confidence that you need to have for those days that aren’t great.

“She’s not going to feel sorry for herself.”