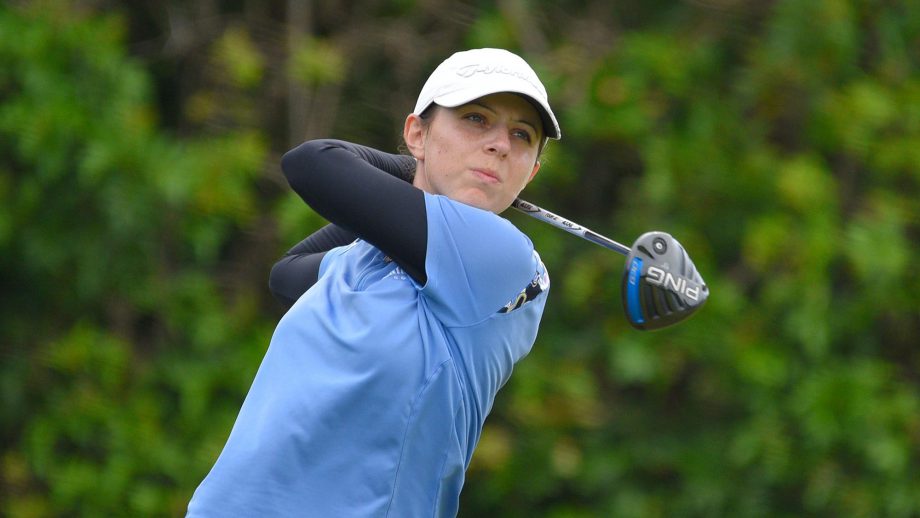 POTTSTOWN, Pa. — Canada’s own Christina Foster continued to make a strong showing during the second round of the Symetra Tour Valley Forge Invitational at Raven’s Claw Golf Club.

Foster, a native of Toronto, Ont., shot five birdies and two bogeys to head into the final day tied for fourth with Louise Ridderstrom, Desiree Dubreuil and Demi Runas at 8-under par. The 22-year-old will be looking to add a second top-10 finish on the Symetra Tour to her T8 finish at the Sara Bay Classic in April of 2017.

Fellow Canadians  Megan Osland and Samantha Richdale also advance to the final day after carding second round scores of 4-under and even-par, respectively.

In today’s second round, Wearn signed a bogey-free scorecard that included three birdies and an eagle on No. 10. That proved to be the momentum boost she needed and exclamation mark of her afternoon.

“I think I had a lot of similar shots today,” said Wearn. “Yesterday, I felt like I putted better and so I knew I could do it. The front nine I had to be really patient because I didn’t see many putts drop. On the back nine, once I made the putt on 10, had a really great finish.”

Just one-shot back of Wearn is Charlotte Thomas (Guildford, England), currently No. 9 in the Volvik Race for the Card. The former University of Washington standout also went bogey-free today, only firing a 6-under par 65 by way of six birdies.

“I was in the lead through the first round in Atlanta at the beginning of this [four-week] stretch,” said Thomas, who has her mother Fleur on the bag this week and father Chris also in attendance. “I think I learned a lot from that, not winning that event. Hopefully I can take what I learned there and use that tomorrow.”

The third piece to the final pairing for the final round at Raven’s Claw Golf Club is Jenny Coleman (Rolling Hills Estates, California). She nearly went bogey-free as well, except for a hiccup on No. 13.

Otherwise, six birdies paved the way for Coleman to sit in solo third at 9-under par overall entering the last day.

“It feels pretty good consistently playing well these past two rounds, and this whole season so far” Coleman said. “It’s a ball striker’s golf course. If you miss, you’re going to be in the lush, thick rough.”

Also in contention is a group of five players at 8-under par, with one of them being Demi Runas (Torrance, California). The 2014 Symetra Tour graduate was another individual who found her way to a bogey-free day, firing 4-under par 67.

The contrasting setup between the two just might serve as the deciding factor of who comes away victorious tomorrow in Pottstown. Meanwhile, after 36 holes, exactly 60 players made the cut of even par and will compete in the final round.