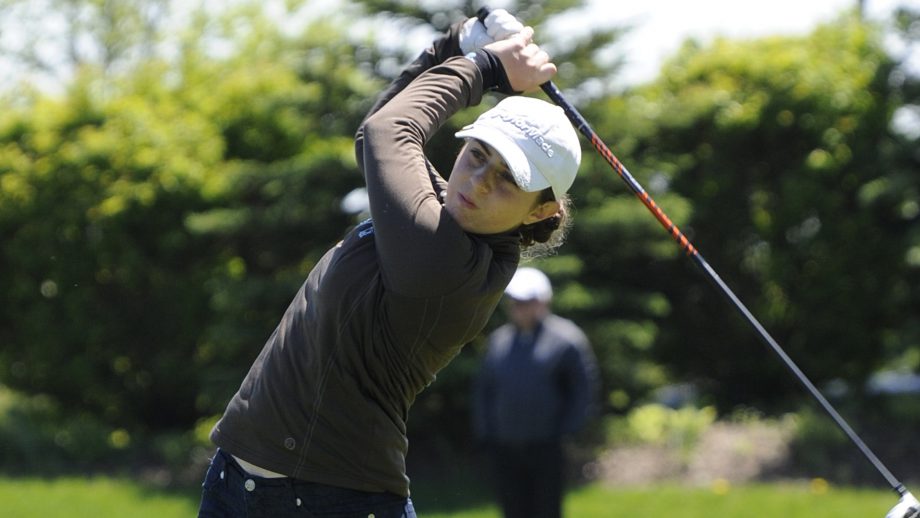 POTTSTOWN, Pa. — The 132-player field for the inaugural Valley Forge Invitational set fire to Raven’s Claw Golf Club today, as 48 competitors sit at 1-under par or better after the first round.

Canada’s own Christina Foster carded a 4-under 67 after a stellar bogey-free first round. The Toronto, Ont. product, who made her professional debut at the 2015 US Women’s Open, fired four birdies to end the day tied for third, two-strokes shy of the lead.

Leading the way is rookie Pajaree Anannarukarn (Bangkok, Thailand) and Laura Wearn (Charlotte, N.C.), both at 6-under par. For Wearn, she avoided complete disaster on No. 11—and the rest of her round, for that matter—by salvaging a double bogey. Otherwise, today was very kind to the fourth year pro.

“Everything started out really well, I birdied my first two holes and had a couple chances after that,” said Wearn, who recorded eight birdies in the round. “When I got to 11, tee shot ran a bit through the fairway. It was a tough one to swallow, but came back with a birdie on 12. That got me rolling again.”

Meanwhile, Anannarukarn was sharp once again. The 18-year-old has recorded three top-10 finishes in her first four career Symetra Tour starts and is right on her way to another. Currently No. 5 in the Volvik Race for the Card, Anannarukarn went bogey-free to card a 65, courtesy of six birdies.

“I was striking the ball very well and I’m really happy with the result,” Anannarukarn said. “The pin positions were in a very good line for me. I felt confident with it and my irons are working well, so it helped a lot.”

Wearn and Anannarukarn take a two-shot lead into the second round. Sitting in a tie for third at 4-under par is a group of eight players. In total, 67 individuals are even par or better.

Although plenty of low scores filled the leaderboard, the cumulative average score for the first round was 71.879, slightly above par.

“I think there’s going to be some low scores out here everyday,” Wearn said. “The greens are rolling really well and the balls are stopping. I saw a lot of good shots from the girls in my group and I think everybody out there is going to take advantage of the birdie holes.”

With 28 different countries represented in the field this week, six nations have at least one player in the top-10. Second round action gets underway tomorrow at 7 a.m. ET and all play will begin off No. 1 tee.

Coming off her first Symetra Tour win at the rain-shortened Symetra Classic, Jenny Haglund (Karlstad, Sweden) continued the momentum in the first round of the Valley Forge Invitational with a 5-under par 31 on the front nine today at Raven’s Claw Golf Club.

“I started out really well, hit a lot of shots close. I didn’t have to hole any long putts, so I didn’t put any pressure on myself,” said Haglund.

Meanwhile, coming in, the Southern Methodist University (SMU) product found her way to three bogeys and two birdies for a 1-over par 36 back nine.

“At the end, we kind of waited a lot so I lost some focus and made a few bad decisions where I didn’t commit to my target and pick the right club,” Haglund said. “Overall, it was a good day.”

This isn’t unfamiliar territory for the Sweden native. After the first round at River Run Country Club in Davidson, N.C., for the Symetra Classic, Haglund trailed by four strokes. However, she has now found the formula for what it takes to win out here on Tour.

Furthermore, the way that Raven’s Claw Golf Club is setup has her attention because it resembles many courses back in her home country.

“It fits my eye, definitely. I like the grass and it’s more like home, it’s not Bermuda,” Haglund said laughingly. “That’s always nice. Pretty wide off the tee and not that long either, so you’re going to have a lot of short irons into the greens.”

Watch out for Haglund when she begins the second round tomorrow at 1:14 p.m. ET, as she continues to pursue a second straight Symetra Tour win.