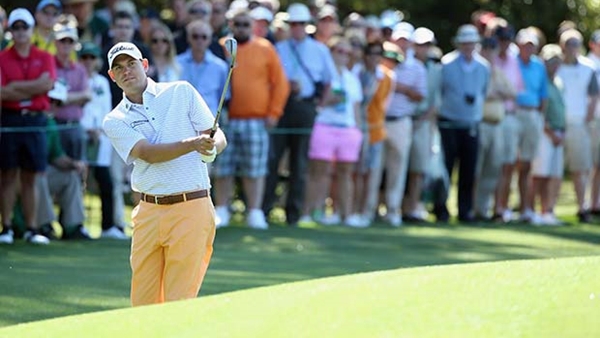 The young duo started the tournament on a high note, capturing the No. 2 seed after carding an 8-under (66-66) through two stroke-play rounds at the Olympic Club.

They haven’t looked back since.

“I think that’s one of the reasons we’re doing so well is because we understand each other’s games,” said Burns, an LSU signee. “Our games are very similar, and we know when an opportunity comes for birdie that the other guy needs to secure the par. So, I think from that mentality, that’s why we’re doing so well. We understand that it’s not about me. It’s about us.”

Connelly, a dual-citizen of Canada and the U.S., won the prestigious Jones Cup earlier in 2015 and now sits in the driver’s seat for another strong finish in his first year with Team Canada.

The teenaged duo are set to square off in Wednesday’s semi-final against Todd White, a 36-year-old investment advisor and Nathan Smith, a 47-year-old high school history teacher.

The match will begin Wednesday at 7:20 am PDT at the Lake Course, followed by the final in the afternoon.