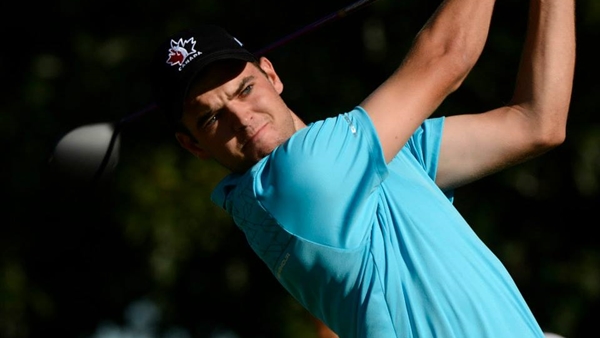 VILLAGE OF PINEHURST, North Carolina – Team Canada’s Corey Conners has advanced to the match play finals at the 114th playing of the North & South Amateur Championship at Pinehurst Resort.

Conners, the No. 7-ranked amateur in the world, made quick work of Abrams, who plays collegiality for the Lehigh Mountain Hawks. Conners was 6-up thru 9 holes in the semi-final before winning holes No. 12 and 13 to secure his spot in the final.

There’s no hiding the fact that Conners has taken a liking to Pinhurst’s layout and is enthused at the opportunity that lies ahead.

“I played well last year, but it didn’t work out, and I just wanted to come back,” said Conners, who won the prestigious Jones Cup in February and set a slew of records while at Kent State. “I love Pinehurst, and I love the courses here. The names on that (North & South Amateur Championship) trophy are legends of the game, so to have my name there would be pretty special. It’d be a great honor and pretty proud moment.”

There was nearly an all Canadian match up in the finale, which is scheduled for Saturday afternoon.

Blair Hamilton, a Team Canada Development Squad member in 2012, suffered a slim defeat in the other semi-final match up. Hamilton, from Burlington, Ont., was topped 1-up by Michael Cromie of Cary, N.C.

Cromie, a Georgia Bulldog, now faces Conners in the finals which are scheduled for 1pm. Click here to follow scoring online.