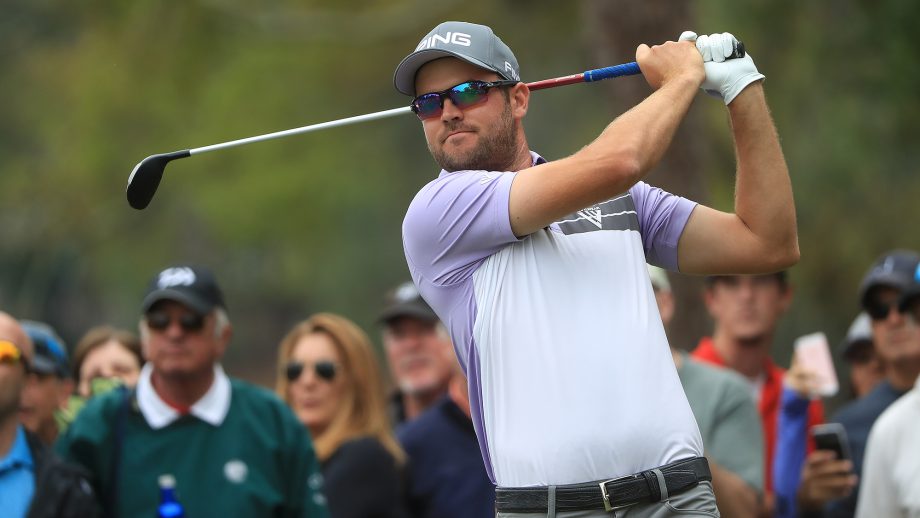 PALM HARBOR, Fla. – Canadian PGA TOUR rookie Corey Conners retained the solo lead he held after each of the first two rounds, shooting a 3-under 68 to hold a one-shot lead over Justin Rose, Brandt Snedeker and Tiger Woods.

Conners, who ran off birdies in the early stretches of both sides at Innisbrook, saved par from the bunker on the 17th and kept his cool when his ball moved slightly on the 18th green to finish off a par for a 3-under 68.

He had a one-shot lead over Woods, Brandt Snedeker and Justin Rose as he goes after his first PGA TOUR victory before a crowd rarely seen this side of a major. Thousands bordered on a delirium for just about every shot Woods hit, especially when he chipped in for birdie behind the ninth green, holed a 20-foot birdie putt at No. 10 and gave himself birdie chances inside 8 feet on the next two holes.

Woods missed them both to slow his momentum. He dropped only one shot and finished with four straight pars in his round of 67. It was his fifth straight round at par or better, his longest stretch in the same season since September 2013.

This marks the first time Conners has held the 54-hole lead/co-lead in 21 career starts on the PGA TOUR. Before this week, Conners’ best position after any round on the PGA TOUR was T21 after the first round of The Honda Classic two weeks ago (T59).

A win from Conners following fellow Canadian Adam Hadwin’s victory at the 2017 Valspar Championship would mark the first time in PGA TOUR history that two different Canadians won the same event in back-to-back seasons (Mike Weir won the Genesis Open in 2003 and 2004).

Tiger Woods was right in front of him Saturday, and Conners could hear the roars all afternoon.

“Loud. Very, very loud,” Woods said about the gallery. “I played myself right there in contention. It will be a fun Sunday.”

He finished with a two-putt par from 20 feet and one nervous moment. As he was taking a few practice strokes for his 3-foot par putt, the ball moved ever so slightly without him touching it with his putter. He marked it and called over an official to confirm there is no longer a penalty for a ball moving even after a player has addressed if it was clear he didn’t cause the ball to move.

He will be paired in the final group with Rose, who holed a wedge for eagle from 120 yards on the par-5 11th and followed with two more birdies for a 66.

Snedeker, coming off a sternum injury that knocked him out of golf for the second half of last year, was equally impressive as the guy in his group everyone came to see. He twice matched birdies with Woods with 12-foot putts, and after falling two shots behind and the crowd getting louder by the hole for Woods, Snedeker battled back with a pair of birdies for a 67.

He will play with Woods again in the final round.

Woods has never been so close to winning since his last victory in the Bridgestone Invitational at Firestone in 2013. It has been a remarkable return from his fourth back surgery, especially since he wasn’t cleared to start hitting balls until five months ago.

In his sights are a shot at his 80th career victory on the PGA TOUR and more momentum and madness as the Masters approaches.

In 10 starts this season, Conners has just one missed cut (AT&T Pebble Beach Pro-Am). Conners made his way to the PGA TOUR this season by virtue of a 41st-place finish.