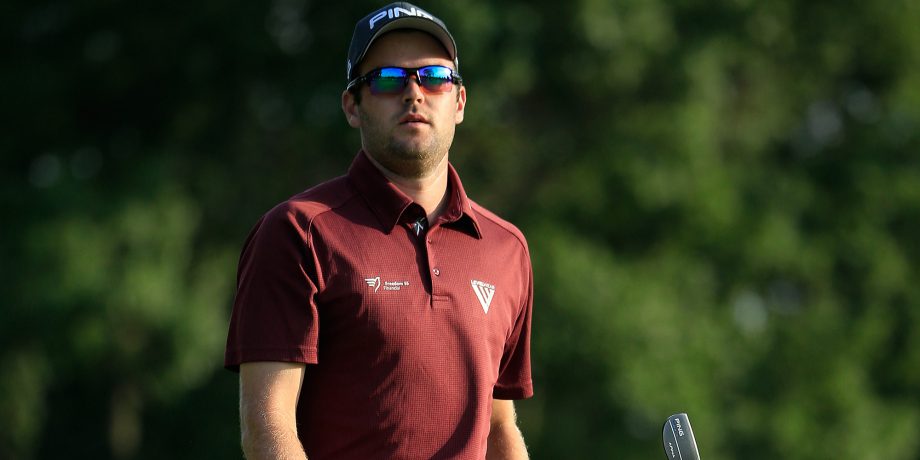 HONOLULU – Tom Hoge was too caught up watching college basketball in his hotel room to be bothered with a push alert – a false alarm, as it turned out – that a ballistic missile was headed toward Hawaii.

He showed a steady hand on the golf course, too, even as the leaderboard at the Sony Open became increasingly crowded.

Hoge finished off a 6-under 64 by holing a 40-foot birdie putt at the par-3 17th, and then hitting a 40-yard bunker shot to within 3 feet for a birdie on the par-5 closing hole at Waialae Country Club for a one-shot lead.

Hoge was at 16-under 194, one shot ahead of Brian Harman (68) and Patton Kizzire, who recovered from a double bogey on his opening hole and shot 64. Another shot behind was Kyle Stanley (65).

Corey Conners was the lone Canadian left in the field. The Listowel, Ont., native shot 3 under for a 7 under total.

Seven players were separated by four shots, a big difference from a year ago when Justin Thomas led by seven going into the final round of his wire-to-wire victory.

Hoge has never led going to the final round on the PGA Tour in his 75 previous starts. He has never won.

“A new position,” Hoge said. “It’s a good one, obviously. I’ve been close to the lead a few times in the fall, so a little bit to draw on there. Haven’t quite pulled it off yet. Just getting a little more belief in myself and hopefully, tomorrow will be a better day for me.”

It should be a day where everyone can breathe a little easier compared with how Saturday began.

Hawaii was buzzing – literally – when the push alert came through on mobile phones across the island shortly after 8 a.m. alerting of a missile. It said to seek shelter and that it was not a drill.

“I was watching the TCU basketball game at the time, so I was a little frustrated with that,” he said of his alma mater ultimately losing to Oklahoma. “The missile was kind of off my radar on that one. I don’t even know what you do for a missile. So I wasn’t really freaking out or anything. Some other people were around us. If it’s going to be your last day, it’s going to be your last day, right?

“To be here in Hawaii and see the beach and everything, I guess it would be a good spot to go.”

Hoge once shared the 36-hole lead with Tiger Woods at the Wyndham Championship, the last tournament Woods played before two back surgeries in the fall of 2015. This time he starts out the final round as the leader.

With so many players right in the mix, no one is sure what to expect in the final round.

“There’s a lot of birdies out there,” Kizzire said. “You just have to make the most.”

Thomas had a wild start – bogey on No. 1, holing out from 175 yards for eagle on No. 2, another bogey on No. 3. He settled down for a 66 and was six shots back, with other eight players ahead of him.

Hoge figured out how to handle Waialae on another warm, sunny and missile-free day. He was bogey-free, picking up birdies with good tee shots on some of the shorter holes, knocking in the long putt on the 17th and finishing with a birdie.

Five players had at least a share of the lead at some point, and Harman was never too far from the mix. It was a steady performance, just not as low as the players chasing him, and he failed to hit his bunker shot close on the 18th, two-putting from 25 feet for par.

Even so, he’ll be in the last group in Hawaii for the second straight week, and Kapalua winner Dustin Johnson already is on his way to Abu Dhabi.

Jordan Spieth never got much going again and headed to the putting green after his round for more work. He only made four birdies in his bogey-free round of 66, but that left him nine shots behind.

For most players, the talk of the day was the push alert that turned out to be a mistake.

“It was pretty scary at the hotel when they came over the loud speaker and said, ‘Everyone take shelter, this isn’t a drill,”’ Spieth said.