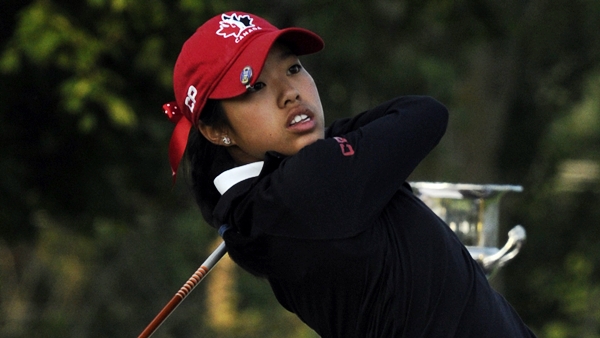 ROSEBERY, New South Wales, Australia—Team Canada’s Corey Conners and Jaclyn Lee have advanced to the second round of match play at the Australian Amateur.

Conners, a 23-year-old National Team member, took down Korea’s Sung-Ho Yun 3&2 in the men’s opening match play round of 64. The Listowel, Ont., native is coming off an impressive win at the Lake Macquarie Championship last week and will look to keep rolling in Friday’s match against Japan’s Daisuke Matsubara.

Jason Goldsworthy, a Calgary native now living in Australia, fell to the No. 6 seed, Ryan Chisnall of New Zealand, 5&4.

The men will play their round of 32 tomorrow morning, then the round of 16 in the afternoon on a marathon day.

In the women’s opening round of 32, Calgary native Jaclyn Lee bested Hayley Bettencourt of Australia, 2&1. Lee, 17, was the only member of Team Canada’s Development Squad to advance to match play. The Ohio State University commit faces another Aussie, Liz Elmassian in tomorrow’s round of 16 match.