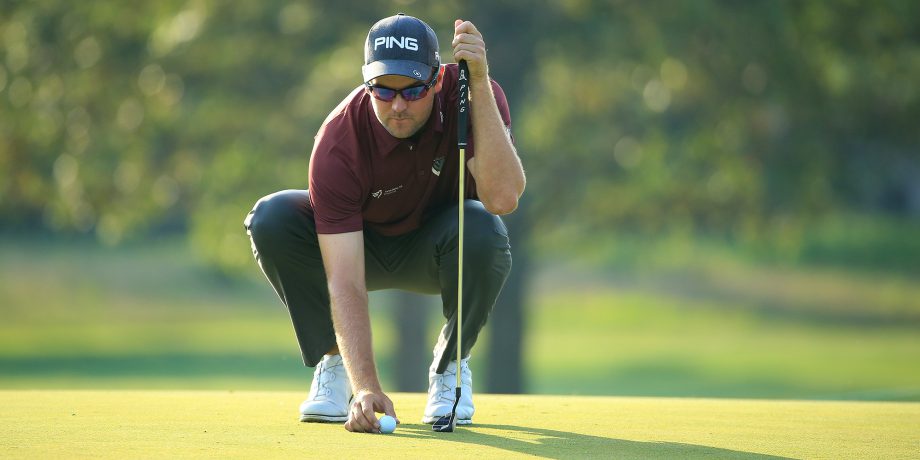 SAN DIEGO – Alex Noren of Sweden has all the credentials to be on the fringe of the elite in golf. He is a nine-time winner on the European Tour, including the flagship BMW PGA Championship, and he cracked the top 10 in the world when he won four times in 2016.

Now he has a chance to make his mark in America.

Noren surged on the closing stretch as so many challengers crumbled Saturday in the Farmers Insurance Open. He bounced back from a double bogey with three birdies over the final six holes for a 3-under 69 and a one-shot lead going into the final round at Torrey Pines.

“To win would be very, very big for my confidence, I think,” Noren said. “And playing around these courses … we’re going to have the U.S. Open here in a few years, so it would be massive.”

But even as he took his first 54-hole lead in his first PGA Tour event as a member, it was easy to overlook the 35-year-old Swede.

For starters, Tiger Woods takes up almost all the attention. Woods was at his scrambling best in the third round, and he had to be. He hit only three fairways, only had a birdie putt on nine holes and still managed a 70. Woods was eight shots behind.

Beyond golf’s top attraction was the long list of players chasing Noren.

Two dozen players were separated by five shots going into the final round. That started with Ryan Palmer, who lost momentum from his 45-foot eagle by making two late bogeys and a lazy swing with a wedge that kept him from a good chance at birdie on the 18th.

And it still includes Jon Rahm, who hit into the water front the green on the par-5 closing hole and took double bogey for a 75. He was still just four shots back – Rahm was three behind when he won last year – and still in range of a victory that would give the 23-year-old Spaniard the No. 1 ranking.

It most likely doesn’t include Woods, who was no less entertaining.

Woods was so wild off the tee that he hit only one fairway on the back nine at the start of his round. Without a deft short game, Woods figures he might have shot something in the 80s.

“It’s not the driver, it’s my swing,” said Woods, who has hit only six fairways since Thursday. “Some of my go-to shots aren’t there. Some of the shots I like to hit under certain circumstances aren’t there, either. The only thing I have is my short game and my heart, and that got me through today.”

Noren, who played his college golf at Oklahoma State, ran in a long eagle at the par-5 sixth and closed out his round by drilling his second shot over the pond and to the back fringe on the 18th for a two-putt birdie. He was at 11-under 205.

Not being as well known in these parts was the least of his concerns.

“All I’m trying to do is play some good golf and my goal is to win a tournament,” Noren said. “I don’t care too much if they know me or not. It’s quite nice if they don’t know me. But they’re very nice to me.”

Palmer began the third round with a one-shot lead and had two bad stretches. He made consecutive bogeys late on the front nine, and then after stretching his lead to two shots with his eagle, he made two bogeys over the next three holes.

Even so, he’ll be in the final group Sunday going for his first victory in eight years. He is in a good place, on the leaderboard and at home, with his wife getting clean scans in her battle with breast cancer and Palmer taking off the fall to get bone spurs removed from his shoulder.

“Wasn’t the best year last year, and taking the fall off, but my game is in good shape,” Palmer said. “It’s ready. If we hit the ball a little bit better, a little more consistent, we’re going to have a chance.”

J.B. Holmes had a 65 to reach 9-under 207 and joins Palmer and Noren in the last group. Michael Kim also was two shots behind and has some course knowledge from going to Torrey Pines High School and playing the South more times than he can remember.

Left out of the mix was Phil Mickelson, who was three shots out of the lead until he shot 41 on the back nine. Mickelson had a 4-foot birdie putt on the 18th hole that would have put him in the same group as Woods on Sunday. He missed.

Woods again tees off on the back nine for the final round and is too many shots behind with too many players ahead of him to have a realistic chance. But it’s been a good week for someone playing the PGA Tour for only the second time since August 2015 because of his three back surgeries. And he certainly gave his back a good test as many times as he was thrashing out of the rough.

“A good 12 months away from playing out of the rough, I don’t know what this body is going to do,” he said. “But I think it did great today.”

One goal for Sunday is to give his back a rest, and maybe even try to break 70.

“See if I can shoot something in the 60s,” he said with a smile, “but make it a little bit easier on myself than today.”