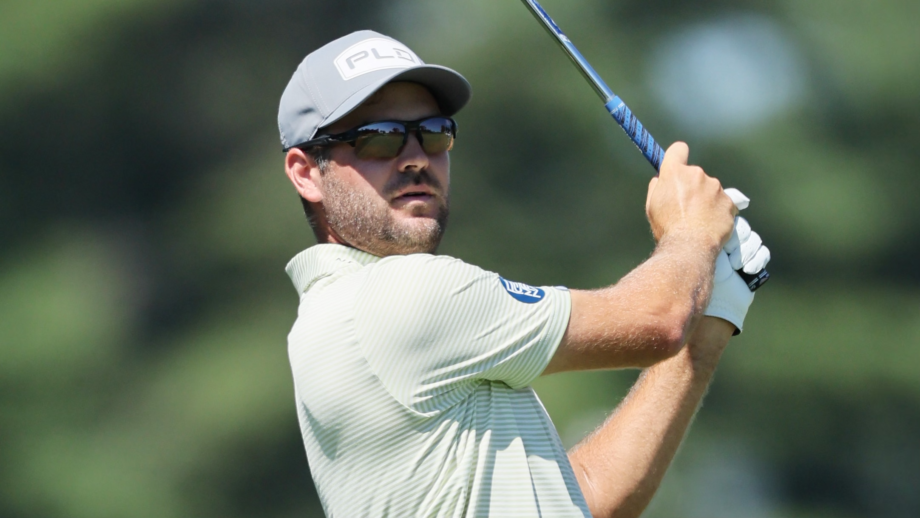 WILMINGTON, Del. – Adam Scott felt he was playing well enough that he should start seeing some better scores at some point. That moment appears to have arrived at just the right time.

Scott put together another tidy round Friday except for one hole _-a double bogey on the 17th – for a 2-under 69 that gave him a one-shot lead going into the weekend at the BMW Championship.

Masters champion Scottie Scheffler opened with three straight birdies and then cooled for 67, while Jordan Spieth’s hopes for a bogey-free round ended by a few inches when his tee shot caught the sticky first cut instead of the fairway. His bogey gave him a 67.

They were one shot behind, along with Cameron Young (68) and Corey Conners (67).

Scott, who was at 8-under 134, wasn’t sure how much golf would be on is plate in August. He was No. 77 in the FedEx Cup, not assured of even making it to the BMW Championship, until a tie for fifth last week in the FedEx Cup playoffs opener.

That was enough of a spark, and now he’s looking to cash in as one of the top 30 players who make it to the FedEx Cup finale next week in Atlanta for the Tour Championship.

“I’m in great shape going into the weekend. I don’t even know when the last time I led a tournament was,” Scott said.

“I certainly haven’t had my best stuff for quite a while. It’s been a battle for sure,” he said. “But that’s how this game is. I’d like to make the most of this position now over the next 36 holes.”

A brief look behind would remind him it won’t be easy, and the Australian knows this.

Spieth has looked solid over two days at Wilmington Country Club, with only one bogey in each round. He missed the cut last week and feels his postseason didn’t start until Monday when he arrived at Wilmington. That’s not just about trying to erase a bad memory.

Spieth headed to southern tip of Baja California after the British Open, wanting a break before the hectic finish to the season. One problem. Upon returning to Dallas, every course he plays was closed, and his only option was hitting from a stall in a practice facility.

Only when he arrived in Tennessee last week did he realize his swing had stayed on vacation, and his coach wasn’t available to join him until Delaware. He turned it around quickly.

“I feel like I’m doing everything good, nothing spectacular, but I feel like in every facet of my game, it’s trending and improving, and I know what to do to get it better and better,” Spieth said. “Certainly feels really good. Coming into the weekend, it’s a good opportunity to just have a lot of trust, focus on trying to win this golf tournament, not think about next week.”

Scheffler also missed the cut last week and joined Spieth and others at Pine Valley on Sunday. And then he opened with three short birdies, didn’t make too many mistakes the rest of the way and will be in the final group with Scott on Saturday.

Conner is at No. 29 and is in a great spot to protect his position for East Lake. Young seems to play great every week – twice contending in majors, five runner-up finishes for the season. One win would tick a lot of boxes on his list of goals.

Xander Schauffele holed out with a wedge on the 17th hole for an eagle and a 69, and he was in he group two shots behind that included defending champion Patrick Cantlay and Rory McIlroy, who chipped in for birdie on his final hole for another 68.

Scott didn’t get a finish quite that good. He was sailing along on a warm, breezy afternoon when he pushed his tee shot near a tree. The lie was clean, but his punch shot toward the fairway hung up in rough. From there he didn’t reach the green or get up-and-down, and all that meant a double bogey.

“It’s a good reminder for the weekend that I’ve really got to keep it under control and don’t want to have too many get off the map and get out of position around here,” Scott said.