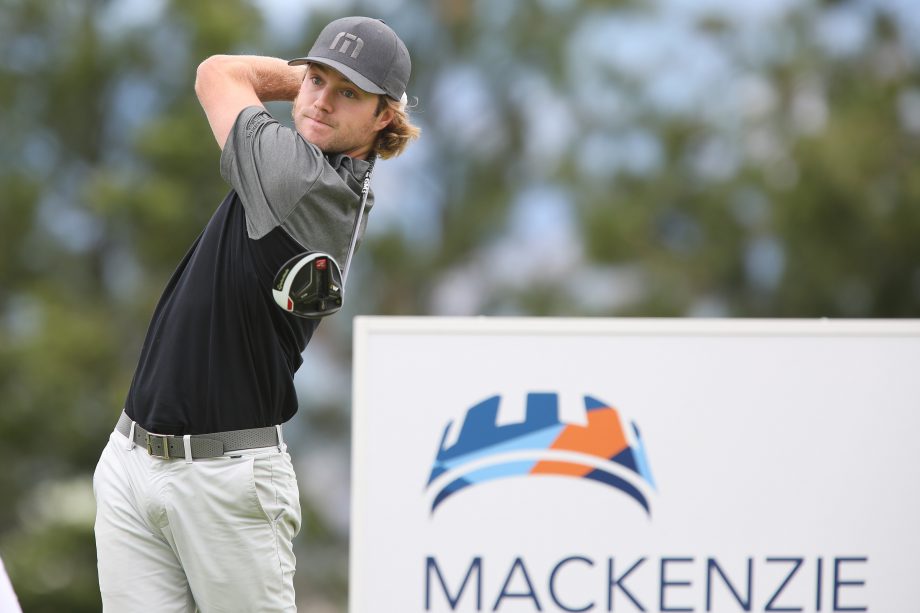 OTTAWA – Bakersfield, California’s Manav Shah followed up a Thursday 65 with a second round 9-under 62 at Hylands Golf Club to get to 15-under and grab the 36-hole lead at the National Capital Open to Support Our Troops, the ninth event on the 2016 Mackenzie Tour – PGA TOUR Canada season.

Shah, a Mackenzie Tour rookie, sits 26th on the Order of Merit after earning his card at Q-School. Through eight events, the former UCLA Bruins golfer has made four cuts, carding two top-10 finishes.

After breaking his hand at Web.com Tour Q-School last year, Shah is just happy to be playing professional golf.

“I went through a pretty rigorous rehab to get my game back to where it needs to be. I felt it just snap, and then the doctors said don’t hit another golf ball,” Shah said of his injury, after playing through soreness in college.

“Growing up I’ve always wanted to turn pro so turning pro last year was a dream and then I just happened to break my hand at the end of last year so going through that whole process and being able to get back out here so soon and play so well so soon is kind of a blessing,” Shah said.

Shah’s Friday 62 was one shot off the course record, set by fellow Mackenzie Tour member Eugene Wong in 2014. The first-year pro is already feeling comfortable on Tour and looking to build on what has been a solid first season so far.

“It’s exactly what I thought professional golf would be,” the 24-year-old said of his first stint on Tour. “My game has felt great. It’s just a matter of putting up four good rounds.”

In Ottawa, Shah has felt it all come together.

“It was a good day. My levels of serenity were great. I was in a good place physically and mentally,” he said. “I was pretty calm out there and I just tried to play within myself and it added up to a pretty low number.”

To close out his near record-tying round, Shah drove the green on the 310-yard par-4 ninth hole, sticking his tee shot to within six feet before making the eagle putt to get to 15-under.

“I just kind of hit it as hard as I could and it went right at it. I couldn’t really see it from where I hit it, I just heard some claps and I got up there and it was six feet away,” he said of his final hole of the day. “It was pretty fun to walk up to.”

Two shots back of Shah in second place is Canadian Adam Cornelson, who went bogey-free for the second straight day to post a 64 and get to 13-under.

On the 17th hole, Cornelson rolled in a 30-footer to draw within two strokes of Shah heading into Saturday.

“It was a little cheeky, but I’ll take it,” Cornelson, who is fifth on the Order of Merit, said of his birdie.

After playing on the Web.com Tour last week and at the RBC Canadian Open on his previous off-week, Cornelson has learned how to stay consistent this season in what has been a breakthrough year.

“There’s so many guys out here that can put up a number that you have to just focus on your own game,” he said.

“I was back at home last week and it was great to kind of kick back with the family and not worry about grinding on the golf course so I’m feeling refreshed this week,” said Conners, when asked about the challenges of playing on both the Mackenzie Tour-PGA Tour Canada and the PGA Tour Latinoamérica this season. “I’m happy with my game. It seems like after I take a break my game gets better. When I play too much I get some bad habits. It seems like I just go back to the basics and hit it good.”