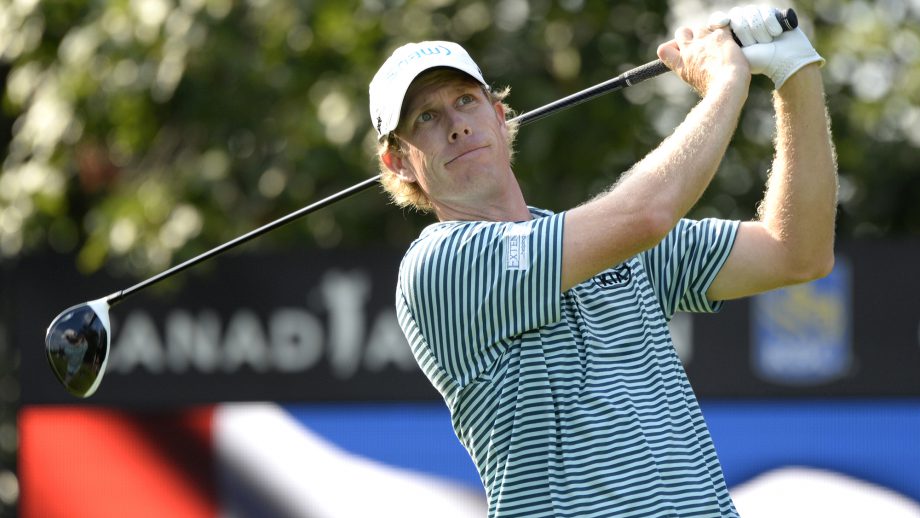 Unfortunately for the 38-year-old, it won’t be on the course. Instead it was announced by TSN that Hearn would be joining the broadcast booth for this year, providing unique insights that only a longtime PGA Tour player could provide.

He said Wednesday before teeing it up at the Corales Puntacana Resort & Club Championship that this opportunity was an exciting one, but it’s sparked a bit of a fire in Hearn as well.

“It’s probably a bit more motivating to be asked to do something like that, versus anything else. To keep working on my game and to try to get (to the Masters) without having to get there with media,” said Hearn with a smile.

Hearn is playing this week in the Dominican Republic, an opposite-field event to the WGC-Dell Technologies Match Play Championship (Mike Weir and Corey Conners are the other two Canadians in the field), his eighth event of the 2017-18 PGA Tour season.

The native of Brantford, Ont. finished 128th on the FedEx Cup standings a year ago, just missing out on early full status for this season. He said at the end of last year he wasn’t going to mind taking a little time at home with his growing family (he and his wife had their third child in early 2017) but now that the season has begun to chug along and he hasn’t had the results he’s wanted – missing his last three cuts in a row – he’s getting anxious to get back into a more regular routine of tournaments.

“I think I’m ready to go,” he said with a laugh Wednesday.

He admitted he didn’t play well on the west coast in the events that he did get into, but he’s motivated to get going through this key part of the season.

“I’m rested and ready,” he said. “Hopefully I can put together a good week this week and roll it into another good one.”

Hearn played every PGA Tour season since 2011 before falling out of the top 125 on the FedEx Cup last year. His best year was 2015 when he finished 55th. That was the year he finished third at the RBC Canadian Open, playing in the final group on Sunday at Glen Abbey Golf Club.

He said this year has made him realize, despite his veteran status, that every event is an important one.

“Maybe in past years when I have had access to every event all year long… you take it for granted a little bit,” he said. “But, given this year, my schedule is going to be a little more limited so each event I get in, I have to be prepared and ready to go.”

The Corales Golf Course is set to measure 7,600 yards this week, and more than 4,000 of those yards will come on the back nine – with two par fives tipping out longer than 620 yards.

He said length is definitely a factor this week, but the unpredictable tropical winds will also play into the scoring.

“A lot will depend on how the wind blows and how tricky they want to make those pin placements,” said Hearn. “There is enough length on this golf course that it’s going to be hard to make a lot of birdies hitting long irons into the greens.”

Hearn will be paired with 2012 RBC Canadian Open winner Scott Piercy and two-time major champion John Daly for the first two rounds of the tournament.

And although a win won’t get Hearn into this year’s Masters as a player, he’s hoping a solid finish will spur him on to get into the tournament itself in 2019.