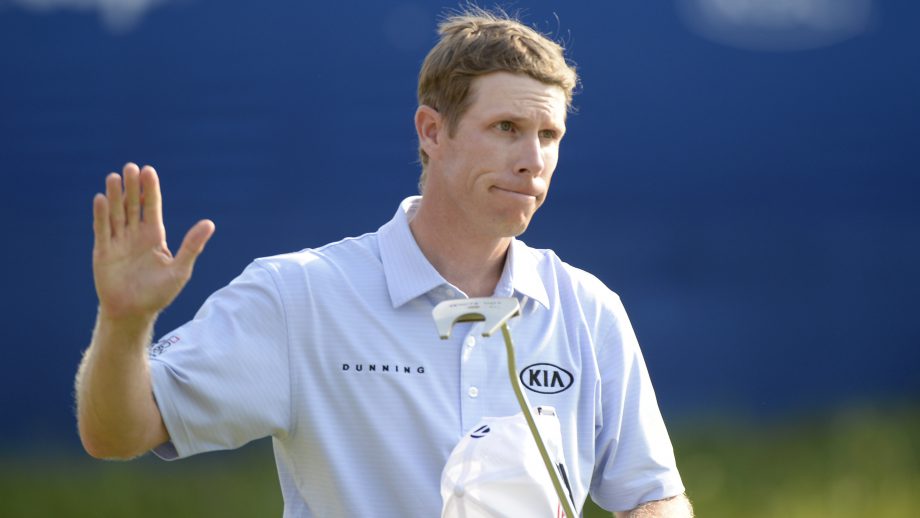 Hearn leads the RBC Canadian Open by two strokes through three rounds and is in position to be the first Canadian to win the tournament since Pat Fletcher in 1954.

“This is something you dream of,” Hearn said. “I feel like I’m ready to step up to the challenge.”

Hearn, from Brantford, Ont., had five birdies and just one bogey Saturday to jump into the lead at 15 under.

World No. 3 golfer Bubba Watson and No. 10 Jason Day are tied for second, two shots back. Watson had birdies on three par-5s on the back nine Saturday, including No. 18.

“I’m right where I want to be,” Watson said. “I just wish the leader was a little closer to us.”

Day rebounded from a bogey on the 10th hole and double-bogey to birdie six of his final seven. In a tournament sponsored by RBC, Day has a connection, but he understands what the crowd wants in the final round.

“Obviously it’d be great to see a Canadian win, but I’m going to do my best to try and spoil that,” Day said. “We’re all out here to try and win a golf tournament.”

Americans Michael Putnam and Brooks Koepka are three back at 12 under, and world No. 7 Jim Furyk and Camilo Villegas are four back of Hearn at 11 under.

Hearn and Watson will play in the final group Sunday at Glen Abbey Golf Club. Despite having the lead, Hearn sees himself as the underdog.

“Hopefully I can make some birdies and David can beat Goliath,” he said.

Watson called himself “half-Canadian” because his wife, Angie, is from Pickering, Ont. He doesn’t see himself as a spoiler.

“Truthfully, let’s be honest: We don’t think about where somebody’s from,” Watson said. “All we think about is there’s a guy in front of us. I’ve got a couple family members (here). They’re going to pull for me, too.”

Hearn is the first Canadian to have a 54-hole lead at the RBC Canadian Open since Mike Weir in 2004. Weir led by three shots but lost in a playoff to Vijay Singh.