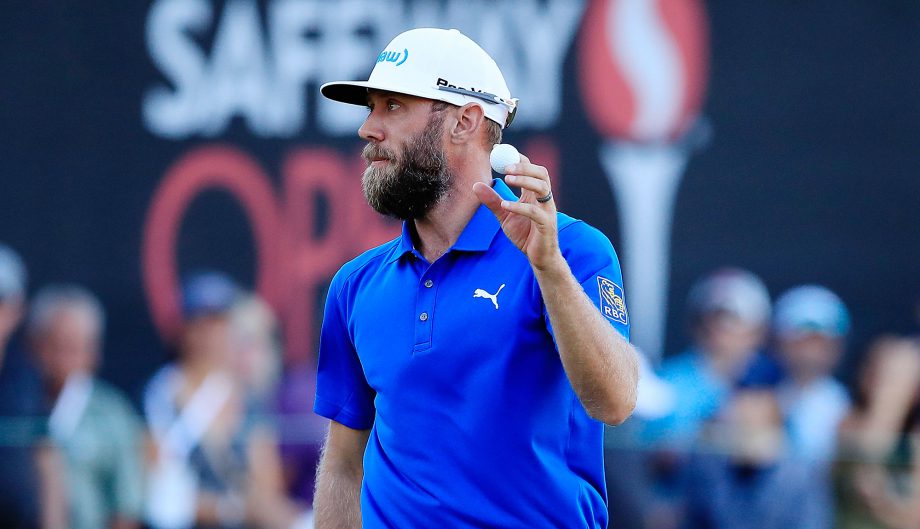 NAPA, Calif. – Brendan Steele is getting accustomed to fast starts and he likes it.

Steele won the PGA Tour’s season-opening Safeway Open for the second straight year, closing with a 3-under 69 in windy conditions Sunday for a two-stroke victory over Tony Finau.

“I’m getting pretty spoiled winning the first event of the year twice,” said Steele, the 34-year-old from the Southern California mountain town of Idyllwild. “This place is so great to me. I feel so comfortable here and it’s been a great run.”

Steele finished at 14-under 273 for his third PGA Tour title. He’s 33 under in his past eight rounds at the event. Steele also won the 2011 Valero Texas Open.

It was an exciting week in Napa to start the season @SafewayOpen! Miss anything? We’ve got you covered.

“The greens were firming up in the afternoon,” Steele said. “I knew the weather was going to be windy and it seems Sunday is always the hardest day on the PGA Tour for whatever reason. That was about as hard as it can play out there.”

“I was happy the way I hung in there; I didn’t hot a lot of quality shots off the tee coming in like I needed to,” Finau said. “But I put myself in a situation where a playoff or a win with that eagle putt. It was still pretty cool.”

Mickelson, who began the round four shots off the lead, birdied the 16th from 10 feet to move within one shot of Steele. But Mickelson, winless since the 2013 British Open, bogeyed the 17th before birdieing the 18th for a 70.

“Unfortunately, on the front nine I made a couple of bogeys and made the turn at 1 over,” Mickelson said. “But on the back nine, I played some good solid golf and made a late move.”

It was the 47-year-old Mickelson’s 27th third-place finish in 27 PGA Tour seasons to along with 42 career wins and 34 runner-up finishes.

“It’s just keep playing to keep giving myself chances,” Mickelson said about his winless PGA Tour streak of 91 tournaments. “It will happen.”

Hadley finished with a 73. He had a course-record 61 in the second round,

Duncan, a PGA Tour rookie who began the round with a one-stroke lead over Hadley, had five bogeys on the front nine and finished with a 75 to tie for fifth with Graham DeLaet of Weyburn, Sask., at 11 under. DeLaet had a 72.

John Daly, the two-time major winner who won his first PGA Tour Champions title in May, closed with a 79 to tie for 72nd at 5 over.