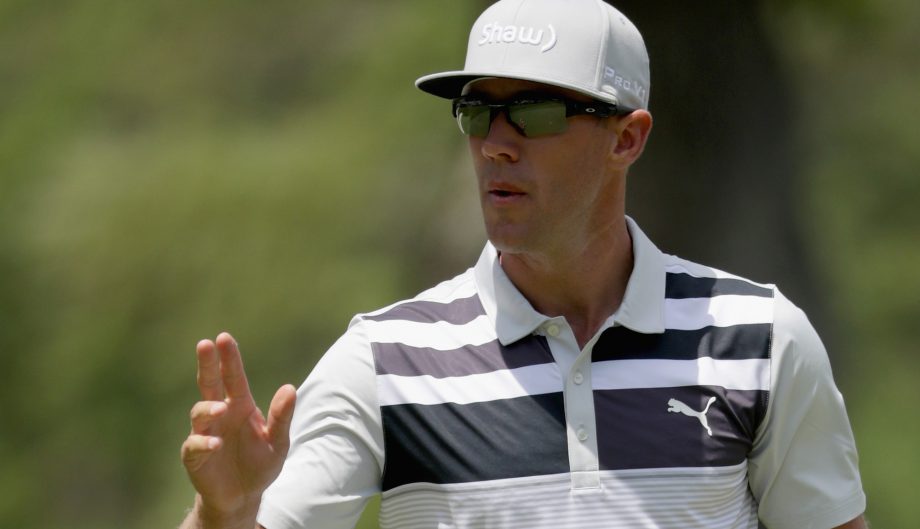 HILTON HEAD ISLAND, S.C. – Wesley Bryan rallied to win his home-state RBC Heritage for his first PGA Tour title, closing with a 4-under 67 on Sunday for a one-stroke victory over Luke Donald.

Bryan, a South Carolina native who played college golf for the Gamecocks, was four shots behind entering the day and moved into contention with four consecutive birdies on the front nine. He took the lead with a birdie on the 15th hole and finished at 13-under 271.

Donald shot 68 in his latest close call at Harbour Town Golf Links – it was his fifth second-place finish here since 2009.

The 27-year-old Bryan tapped in for par on the closing, 18th lighthouse hole to make the former trick-shot artist the first South Carolinian to win the state’s lone PGA Tour event.

Bryan was largely known as a YouTube sensation, he and brother George IV, another Gamecocks golfer, pulling off often unbelieveable trick shots – like chipping the ball 20 yards to a waiting Bryan brother to belt away before it hits the ground.

There were no tricks to Wesley Bryan’s round this time, the first to win at Harbour Town in his first try since Boo Weekley won the first of his two straight RBC Heritages in 2007.

Bryan got it going with his front-nine run, with birdies on the fourth, fifth, sixth and seven holes. After Bryan moved in front on the 15th, he sweated out three straight two-putt pars.

The 23-year-old Schniederjans, five shots behind when the round began, made it all up and was out front with five front-nine birdies. Competing for his first PGA Tour win at the tricky Pete Dye layout proved too daunting for the inexperienced Schniederjans. He missed makeable birdie tries on the 13th, 14th and 15th, then failed to get in for par after hitting into the bunker on the par-3 17th.

Donald appeared done after driving out of bounds on the second hole and leaving the birdie-able par-5 with a double-bogey seven. Then Donald, a modern-day Harbour master, made five birdies in a 10-hole stretch to tie for the top before Bryan moved in front

Dufner had hoped to channel Master winner Sergio Garcia’s approach of lowering expectations in the final round and let the talent shine through. Dufner was 14 under after a birdie on No. 2, but bogeyed three of the next six holes to fall back. He scrapped back within a shot before his chances ended for good on the 13th hole.

Dufner’s approach landed in the bunker up against the wood facing and he had to chip sideways, remaining in the bunker, before blasting out and taking double bogey.

Dufner plopped his tee shot on the par-3 14th into the water and finished with a 5-over 76 – 12 shots more than his third-round 65 that put him in front through 54 holes.

Just like last week at the Masters, Matt Kuchar used a Sunday run to make a move up the leaderboard.

Kuchar had a 5-under 67 in the final round at Augusta National to finish fourth after starting the day six shots behind. At Harbour Town, Kuchar shot a 64 – the day’s best round – to improve 52 spots and tie for 11th.