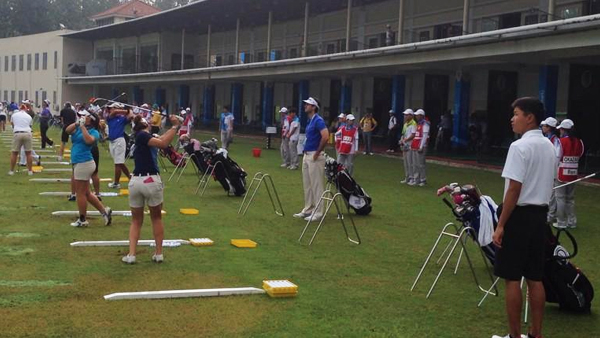 NANJING, China – Canadians Tony Gil and Maddie Szeryk failed to make much ground on Wednesday’s second round at Zhongshan International Golf Club – both athletes are tied for 13th heading into Thursday’s final stroke play round.

Gil, a 16-year-old Vaughan, Ont. native, posted a 3-over 75, dropping eight spots down the leaderboard. The Team Canada Development Squad member was in good shape early on, sitting at 1-under through eight holes until double-bogeying the par-4 9th.

Gil was unable to bounce back after that, posting four bogeys on the back nine to sit at even par overall for the tournament. He will look to bring more flashes from his opening round (which featured a hole-in-one) into Thursday’s final. He currently sits eight strokes back of the leader, Viktor Hovland of Norway.

On the girls side, 18-year-old Maddie Szeryk matched her opening round score of 74, leaving her at 4-over par.

The 2013 Canadian Junior Girls Champion caught fire on the back nine, opening with three consecutive birdies. The run didn’t last, however, as Szeryk double-bogeyed the 14th and 15th.

The third and final stroke play round resumes tomorrow. Szeryk will lead off the girls in the opening group at 8:30 am (CST). Tony Gil will tee-off at 9:30 am (CST).