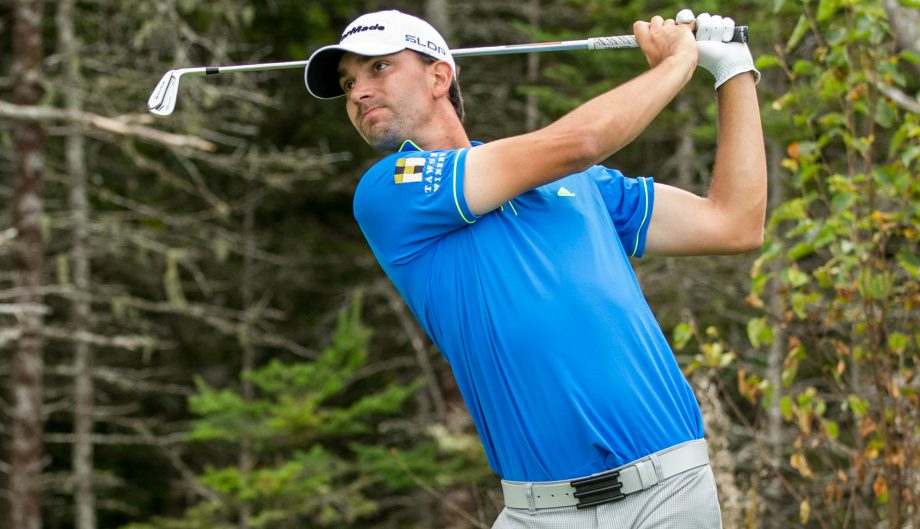 Burlington, Ont., native Michael Gligic carded a 4-under-par 68 in the lightning delayed opening round of the Web.com Tour’s Nashville Golf Open benefitting the Snedeker Foundation to sit T9 after 18 holes at Nashville Golf and Athletic Club.

Playing on a sponsor exemption this week the Burlington, Ont., native started on hole No. 10 Thursday pouring in three birdies on his first nine holes to make the turn at 3 under.

Four more birdies on the back nine, along with a bogey and double-bogey put him six strokes back of Conrad Shindler (Phoenix, Ariz.) who posted a 10-under-par 62 in Thursday’s opening round.

A strong start in Music City ?@MGligicGolf posted a career-low round @NashGolfOpen to climb to T7. pic.twitter.com/1vMhDXASjl

Gligic, 27, is playing on the Mackenzie Tour – PGA TOUR Canada this season. His best result to date is a T14 at the Bayview Place Cardtronics Open presented by Times Colonist.

He had three top-five finishes on the Mackenzie Tour – PGA TOUR Canada in 2016.