Canada’s Hadwin 1 back heading into Sunday 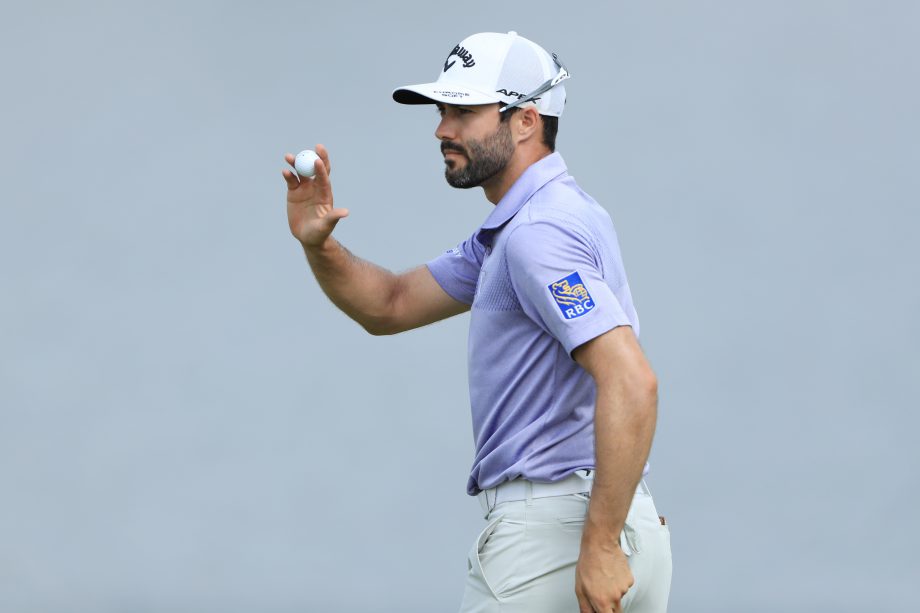 BLAINE, MINNESOTA - JULY 06: Adam Hadwin of Canada reacts on the 17th green after a birdie during the third round of the 3M Open at TPC Twin Cities on July 06, 2019 in Blaine, Minnesota. (Photo by Sam Greenwood/Getty Images)
Canadian Press with files from Golf Canada

BLAINE, Minn. – Matthew Wolff shot a 9-under 62 Saturday to share the lead with Collin Morikawa and Bryson DeChambeau at 15 under after three rounds of the inaugural 3M Open.

Morikawa shot a 64 at the TPC Twin Cities, while DeChambeau had a 70.

Wolff, 20, who won the NCAA individual title on Memorial Day, is playing in his third event since turning professional, and the 22-year-old Morikawa his fourth.

DeChambeau, who opened the day with a two-shot lead, is vying for his sixth career win and first since the Shriners Hospitals for Children Open in November.

Fellow Canadians Roger Sloan of Merritt, B.C., and Adam Svensson of Surrey, B.C. are both inside the top 20 at T9 and T17, respectively.

Sixteen players are within four shots of the lead, including Hideki Matsuyama, Charles Howell III and Troy Merritt, who graduated from nearby Spring Lake Park High School. Each shot a 66 and were two shots behind.

Playing in ideal weather conditions – temperatures in the low-80s, increasing clouds and no wind – 65 of the 85 players shot under par on the par-71 layout.

Wolff, who made his professional debut two weeks ago by finishing 80th at the Travelers Championship and missed the cut at last week’s Rocket Mortgage Classic, used stellar approach shots to help him record six straight birdies on Nos. 5-10. None of the putts were longer than 8 feet. Birdies at No. 13 and 15 made a round of 59 seem possible.

However, Wolff missed a 4-foot birdie putt on No. 16 and a tee shot into a bunker led to bogey on the par-3 17th. He scrambled for birdie on No. 18 after an errant tee shot.

Named the Pac-12 Men’s Golfer of the Year in May, Morikawa made his professional debut four weeks ago and finished tied for 14th at the RBC Canadian Open. He tied for 35th at the U.S. Open and tied for 36th at the Travelers Championship two weeks ago.

Morikawa birdied five of his first seven holes, but only three the rest of the way.

DeChambeau birdied the first and last holes, had one bogey and 15 pars.