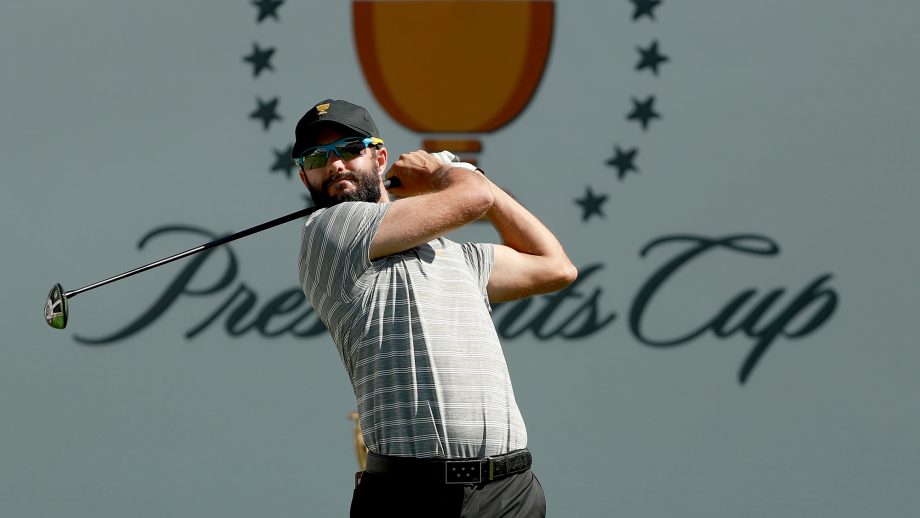 MELBOURNE, Victoria, Australia – Ernie Els has selected British Columbia’s Adam Hadwin as one of his final four picks for the International Team at next month’s Presidents Cup, the captain announced today via teleconference. Hadwin joins Jason Day of Australia, Joaquin Niemann of Chile and Sungjae Im of South Korea as the final international representatives.

The Presidents Cup returns to Melbourne, Australia and The Royal Melbourne Golf Club for the third time, December 9-15, when the International Team will take on the U.S. Team led by Captain Tiger Woods.

Hadwin will make his second consecutive Presidents Cup appearance and first as a captain’s pick. The 31-year-old finished with five top-10 finishes during the 2018-19 PGA TOUR season but made his best case for a captain’s pick after finishing runner-up in his first start of the 2019-20 season at the Safeway Open. That was followed up with a T4 at the Shriners Hospitals for Children Open.

“With this Presidents Cup approaching and me starting to play some good golf again, I was just hungry for a second chance,” Hadwin said. “That’s not how I would like my contribution to The Presidents Cup to be remembered and I’m looking forward to having a second chance down at Royal Melbourne, a part of an incredible International Team, and hopefully we can right some of the wrongs that we’ve had in the past and do Captain Els proud.”

The Abbotsford, British Columbia, native is just one of three Canadians to compete in the Presidents Cup, joining 2019 captain’s assistant Mike Weir and Graham DeLaet.

Hadwin finished with a 0-2-1 record in his Presidents Cup debut at Liberty National.

The International Team has 22 previous Presidents Cup appearances amongst its members with six players making their Presidents Cup debuts, which matches the second-most first-timers in team history (7, 2013).

“Between (Hadwin) and Corey Conners, it was a very, very tight race,” said Els. “One of the difficult calls I had to make was to Corey. He was very gracious and he wished us good luck heading into these matches.

“But Adam, I love his game. He’s just very solid all around. There’s not really any weakness there.”

Conners missed the cut at the Sanderson Farms Championship but then tied for 13th at the Safeway Open, tied for 12th at the CJ Cup at Nine Bridges, tied for sixth at the ZOZO Championship and tied for 20th at the World Golf Championship-HSBC Champions. He’s ranked 55th in the world _ one spot below Niemann _ and 24th on the FedExCup rankings.

Captain Els will lead the youngest International Team in Presidents Cup history, with the average age of his 12 players totaling just over 29 years old. This is the fourth consecutive International Team that has been younger than the previous team.

Canadians in the Presidents Cup