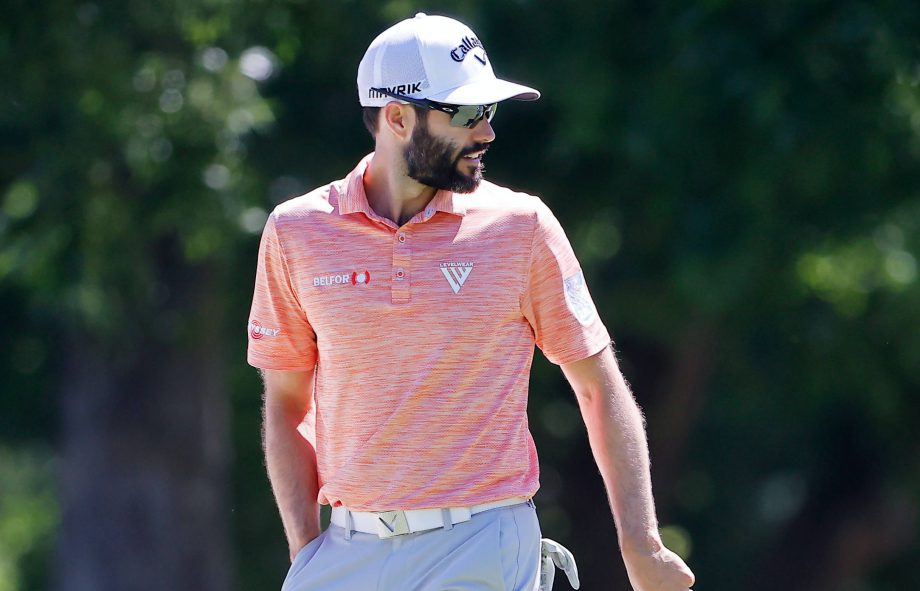 Adam Hadwin feels like it’s been back to normal on the PGA Tour, albeit a little less social when walking around Colonial Country Club this week.

Hadwin, from Abbotsford, B.C., is one of three Canadians in the field at the Charles Schwab Challenge this week, the first full PGA Tour event since the COVID-19 pandemic forced the men’s golf circuit to put its schedule on hold. Hadwin arrived at Colonial in Fort Worth, Texas, on Sunday and said that although there are strict protocols in place to protect players and tournament staff, things are relatively normal.

“I don’t know if anything would be weird,” said Hadwin on Tuesday. “Normally, I would walk into the Calloway equipment trailer and chat and sit down and say hi to everybody and all of that stuff but we’re not allowed to go in there anymore.

“The strangest thing is probably just the limited contact that we have with people. We’re so used to dealing with multiple people during the week, having conversations with certain people.”

The unscheduled break from the PGA Tour came at a good time for Hadwin, as his wife Jessica gave birth to their daughter Maddox in early January. Although the Hadwin family planned to travel together throughout the season, the stoppage in play because of the pandemic meant they were able to stay together near Jessica’s hometown of Wichita, Kansas.

“It was nice to be with them in one location at our home and you know kind of be able to control everything and just get that extra time,” said Hadwin, who was able to practice regularly as golf courses remained open in the state of Kansas.

Although Hadwin could have driven to the Charles Schwab Challenge – it’s a little over five hours from Wichita to Fort Worth – he elected to fly so he would have a little extra time with Jessica and Maddox.
Corey Conners of Listowel, Ont., and Mackenzie Hughes of Dundas, Ont., are the other Canadians in the field.

All players and event organizers at Colonial have to undergo a COVID-19 test more than a mile away from the clubhouse. After a test comes back negative – and to date, everyone has tested negative – the personnel are issued a bright orange wristband or lanyard so their status is apparent to everyone.

The clubhouse itself is split into zones, by floor, with people inside “the bubble” kept separate from those outside of it. Some of the services that are usually part of any PGA Tour stop have been done away with. The usual buffet-style lunch in the players’ clubhouse is now a grab-and-go boxed meal.

“We decided to err on the side of caution,” said tournament director Michael Tothe, who is from Limehouse, Ont. “Making sure that they all feel good and we stripped back a lot of the services again just to kind of set the table that we’re back, we want to do it right.”

A complement of 1,600 volunteers are usually present at the Charles Schwab Challenge but without any fans in attendance – and in an effort to maintain physical distancing – that number has been reduced to between 300 and 400 volunteers this year, said Tothe.

The volunteers will still help spot balls and measure distances, but an entire detail of them are dedicated to regularly disinfecting surfaces. Every player, staff member, and volunteer has also been issued hand sanitizer, a face mask, and three packs of disinfectant wipes.

Although Texas Gov. Greg Abbott issued an order on May 28 allowing sporting events to have spectators up to 25 per cent of a venue’s capacity, Tothe said the order came too late for fans to be permitted at the Charles Schwab Challenge.