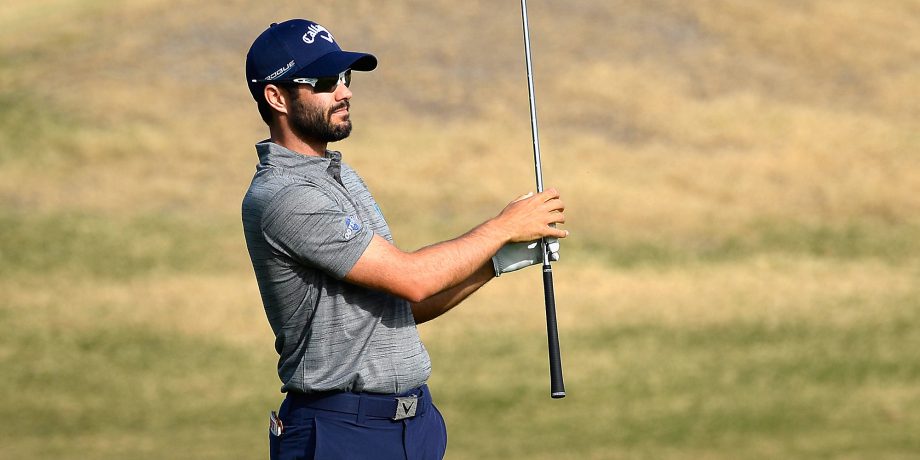 Two hours later Thursday in the first round of the CareerBuilder Challenge, young Charlie Reiter matched his new friend’s eagle with a low hook around a tree to a foot.

“It was a little down in the rough,” said Reiter, the Palm Desert High School senior who recently played with Rahm at nearby Big Horn. “I just closed the face and trusted my swing and it worked out perfectly.”

Rahm also had eight birdies in his bogey-free round for a 10-under 62 and a one-stroke lead. The 23-year-old Spaniard — the top-ranked player in the field at No. 3 in the world — played the first seven holes in 6 under on a sunny morning so comfortable he shed his light sweater halfway through his warmup on the driving range.

“You’re not going to make every single putt. You’re not going to hit every single shot perfect,” Rahm said. “I do feel like I could have made a couple more putts, just because I had so many that were makeable. But there’s a couple birdie putts, like the one on 14, that, if I’m being quite honest, I did not hit the line I wanted and it still went in dead centre.”

Rahm had the lowest score in his PGA Tour career, topping a 64 two years ago at Congressional in his first round as a professional. At 10 under, the former Arizona State player bested his four-day total of 9 under last year in the CareerBuilder when he tied for 34th in his first start in the event.

“This type of golf is something I love,” Rahm said. “La Quinta is really, really similar to Phoenix Country Club, which I played many times. I’ve also shot 10 under there, funny enough, and it’s just really familiar to what I’m used to playing. Four years of college on these golf courses, it’s something you’re not going to forget.”

Rahm was second two weeks ago at Kapalua in his first start since winning the European Tour’s season-ending event in Dubai in November. He’s the defending champion next week at Torrey Pines, and also won last year in Ireland.

Canadian Adam Hadwin revisits the site where he recorded a 59 last season, becoming the ninth player in PGA TOUR history to card a sub-60 round. The Abbotsford, B.C., native picked up right where he left off with an opening 6-under 66 to lead the seven Canadians in the field. Rookie Ben Silverman (Thornhill, Ont.) trails Hadwin by one stroke in a tie for 23rd.

Reiter, 18, finished with a 68 after a shaky start to his PGA Tour debut.

“We went over to the Mountains Course because I can’t hit driver here because the range is too short,” Reiter said. “I hit a couple drives and my legs were like wobbly and I was like getting light-headed and I said, ‘I think I’m going to throw up.’ And then I got to the course and I kind of settled down.”

The University of Southern California recruit is the first amateur to receive a sponsor exemption in tournament history. He tied for 65th in the Australian Open in November in his first pro event.

“It was a little different playing with everybody I know watching me,” Reiter said.

Austin Cook, Jason Kokrak and Andrew Landry were a stroke behind Rahm at 63. Cook closed with a 15-foot par save on PGA West’s Jack Nicklaus Tournament Course. Kokrak and Landry opened at La Quinta.

Beau Hossler, Aaron Wise, Brandon Harkins and Martin Piller were at 64. Hossler, Wise and Harkins played La Quinta, and Piller was on the Nicklaus layout. Nick Watney and Grayson Murray shot 65 to top the players at PGA West’s Stadium Course, the once-feared layout that will be the site of the final round.

Phil Mickelson had a 70 at La Quinta in his first tournament round since late October.

“It was fun to get back out and be competitive,” Mickelson said. “For some reason, I’m stuck on 70 here at La Quinta. Whether I get off to a good start or a bad one, I end up shooting the same score.”

The 47-year-old Hall of Famer was 4 under after six holes, and then had one birdie and three bogeys — the first on the par-4 eighth after driving out-of-bounds to the right — on the final 12.

“With the exception of one tee shot, I drove it pretty well today and putted OK,” Mickelson said.