Canada’s Hadwin two back heading to final round in Boston 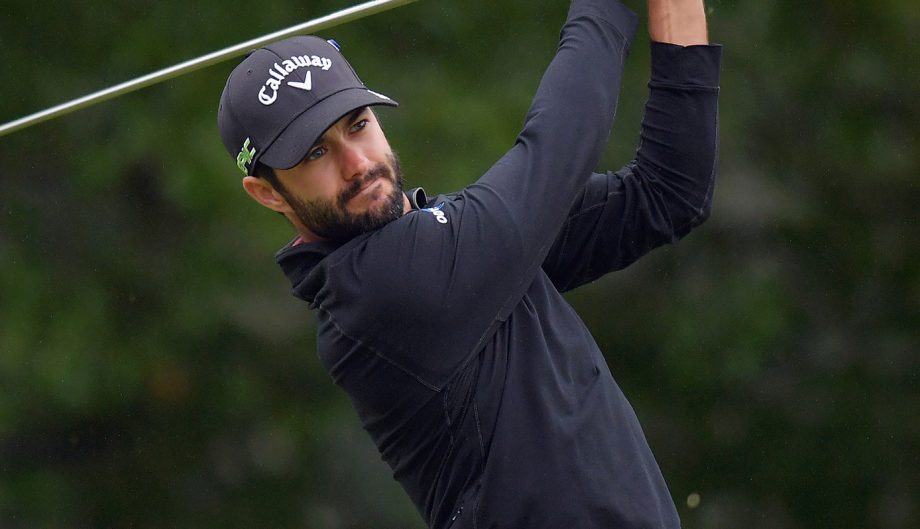 NORTON, Mass. – The best players are on top of their games for the second straight week of the FedEx Cup playoffs.

Now there’s just a lot more of them.

Justin Thomas failed to birdie any of the par 5s on the TPC Boston and still turned in a tournament-best round of 8-under 63 on Sunday, giving him a share of the lead with Marc Leishman and setting up a Labor Day finish filled with some of the biggest names in golf at the Dell Technologies Championship.

One week after Dustin Johnson and Jordan Spieth produced a compelling duel on Long Island, they are part of a chasing pack at the TPC Boston.

So is Paul Casey, who now is 53-under par over his last 15 rounds of these playoff events. Jon Rahm couldn’t keep pace and lost his two-shot lead, though the 22-year-old from Spain remained just three shots behind.

Throw in Phil Mickelson, perhaps even Rickie Fowler, and a forecast that shifts from rain to sunshine, and it could be quite a show.

Thomas and Leishman were at 12-under 201, one shot ahead of Casey, two ahead of Spieth, three ahead of Johnson and Rahm.

“There is a heightened something to these playoff events that bring out certain champions for the most part,” Spieth said after finishing with two straight birdies to nudge closer to the lead. “It’s going to be a throw-down tomorrow.”

Canada’s Adam Hadwin is two shots back after a 3-under 68. The Abbotsford, B.C., native, who started the day in a tie for second, is 10 under for the tournament.

Thomas had his third round this season at 63 or better – a list that includes his 59 at the Sony Open and a 63 at the U.S. Open – to turn a five-shot deficit into a share of the lead and a chance to win for the fifth time this year.

He birdied six of the first 10 holes, the longest at about 12 feet. He played down the 13th fairway on the redesigned 12th hole for the third time this week and holed a 50-foot birdie putt, and then added a pair of 25-foot birdie putts.

And he didn’t even birdie any of the par 5s.

“I just felt I had total control of my game,” Thomas said. “But it’s crazy to think I did that and parred all the par 5s. That’s a little bit of a bummer, if I could somehow have a downside to the day. But like I said, I’m extremely pleased and put myself in a great position to win the tournament.”

Casey played in the final group at the TPC Boston last year, but Rory McIlroy ran him down with a 65 to overcome a six-shot deficit. Casey also played the three par 5s without a birdie, missing a 12-footer on the final hole that would have given him a share of the lead.

“Even though I’m not leading, I feel a bit better about my game,” Casey said. “The cons are I’ve got way more talent around the leaderboard than there was last year. It just looks like depth up the top of that leaderboard right now.”

The forecast for Monday was mostly sunshine, and if the course remains softer from rain, this could be a typical shootout. Leishman figured the winning score would be in the 15- or 16-under range.

“That would be my plan, to just try and do what I’ve been doing – give myself as many chances as I can and try and make them,” he said.

Rahm had a two-shot lead and still had the lead until running into trouble on the back nine, making three bogeys until he ended his round with a birdie for a 71. .

The finish was especially critical for Johnson, who played the third round with Thomas and couldn’t buy a putt. Johnson, coming off a playoff victory last week in New York, sarcastically pumped his fist when he made a birdie on No. 14, and then he kept right on going. The only hole he didn’t birdie coming in was at No. 17, where he missed a birdie chance for 10 feet.

“I just wanted to get myself in position to be in range of the leaders,” Johnson said.

He was three behind Spieth going into the final round of The Northern Trust and ended up winning in a sudden-death playoff.

PGA Tour rookie Grayson Murray (67) and Adam Hadwin (68) were at 10-under 203 along with Spieth, who has made only two bogeys over his last 45 holes. Spieth shot a second straight 66 and was surprised that left him two shots behind, all because of Thomas and Leishman.

“I couldn’t have shot a whole lot better,” Spieth said. “I thought four back starting the day, if I could cut that in half, then that would be a tremendous goal. So goal achieved, maybe.”

Mickelson had a 69, making this the first time he has opened with three straight rounds in the 60s since the St. Jude Classic in June. Monday could go a long way in persuading U.S. captain Steve Stricker to pick him for the Presidents Cup.