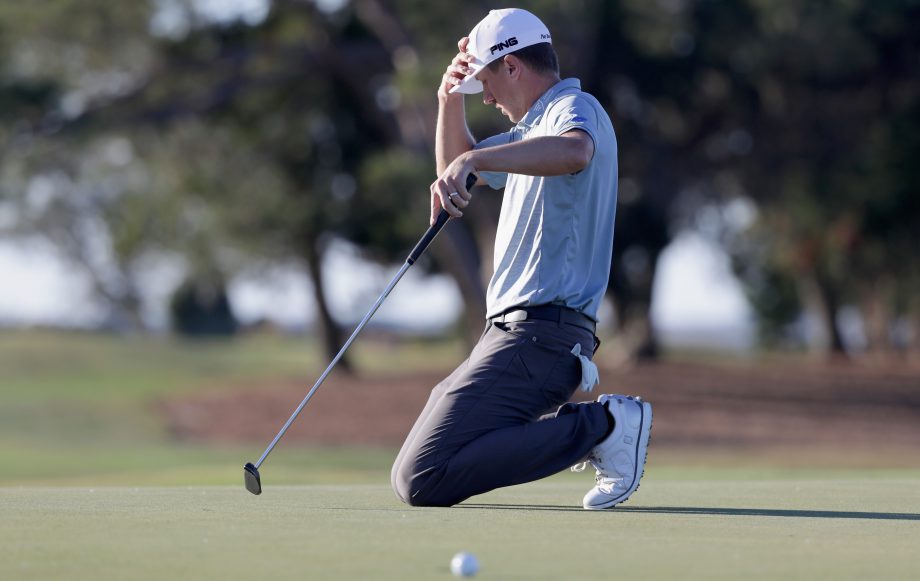 ST. SIMONS ISLAND, Ga. – The largest PGA Tour playoff of the year at the RSM Classic didn’t finish before darkness Sunday, and it won’t include Billy Horschel when it resumes.

Horschel, the highest-ranked player in the five-man playoff at Sea Island, burned the edge of the cup with his birdie putt at No. 18 on the first playoff hole. Stepping over a routine tap-in from 2 feet, he blocked it to the right and was eliminated.

“I took my time and just blocked it,” Horschel said.

Mackenzie Hughes, the Canadian trying to become the first rookie to go wire-to-wire in 20 years, had a 10-foot birdie putt on No. 18 on the second extra hole and it turned away to the left. It already was plenty dark, and there was no chance to play another hole.

Hughes, from Dundas, Ont., Blayne Barber, Camilo Villegas and Henrik Norlander were to return at 8 a.m. on Monday to finish the final PGA Tour event of the year.

So much is at stake for all of them, starting with a trip to the Masters.

Norlander and Villegas don’t have full status on the PGA Tour this year – Norlander received a sponsor’s exemption – and a victory would take care of that. Hughes began his rookie season just six weeks ago and has a honeymoon planned in the off-season. Barber is going for his first PGA Tour victory.

All of them had their chances, and none had any real regrets over the final hour.

Hughes narrowly missed birdie chances on the 15th and 16th holes, but holed a 5-foot par putt on the 18th in regulation for a 1-under 69 to join the playoff.

Norlander, who closed with a 65, stuffed a 9-iron into 3 feet on the 18th in regulation and was the first to reach 17-under 265. Barber ran off back-to-back birdies on the back nine, and he had a 12-foot birdie attempt at the 18th that he missed on the low side. He shot a 66.

Villegas played the best coming down the stretch. Two shots behind with three to play, the Colombian hit an aggressive drive on the par-4 16th that set up wedge for a short birdie, then holed an 18-foot birdie putt from the fringe on the par-3 17th to tie for the lead. He finished with a 6-foot par on the 18th for a 68.

It was the largest playoff on the PGA Tour since Alex Cejka won a five-man playoff in Puerto Rico in 2015.

No one else was close to joining the playoff. Jim Furyk had a 67 and was part of a large group at 14-under 268. That included C.T. Pan of Taiwan, who faced a longer day than even the players who had to return Monday.

Pan left after the tournament to catch a flight from Savannah to New York, then New York to Hong Kong, and then a connection to Melbourne where he was to arrive Tuesday night in Australia for the World Cup.