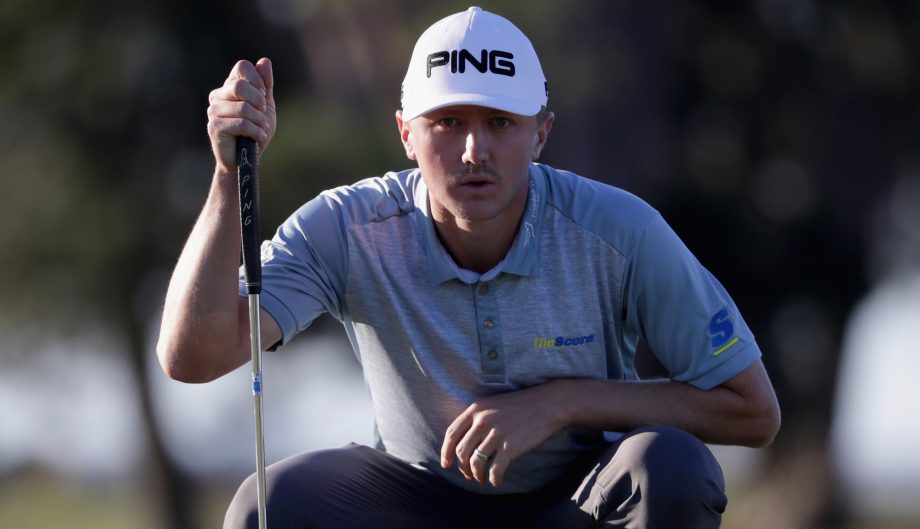 Canada’s Mackenzie Hughes was a 13-year-old with big dreams when he first got a chance to pick Mike Weir’s brain on the golf course.

The PGA Tour rookie plans to do so again next month ahead of his first career appearance at the Masters.

Hughes, Weir and Adam Hadwin will all play this year at Augusta National, the first time in almost a half-century three Canadians will be in the same field at the major event. Weir, the 2003 Masters champion, recently asked if they wanted to play a practice round together on the famous course and Hughes and Hadwin were quick to confirm.

“I’m going to try to pick up 15 years of knowledge in four or five hours,” Hughes said Friday.

Hughes booked his ticket to the Masters last November when he won the RSM Classic. The 26-year-old Hamilton native has posted four top-25 results and earned over US$1.6 million this season.

Hadwin, 29, is enjoying a breakout year with four top-10 finishes this season, including a victory at the Valspar Championship this month. The Abbotsford, B.C., native became the first Canadian to shoot a 59 on the PGA Tour last January.

The trio will lead the first three-man Canadian charge at the Masters since George Knudson, Al Balding and Gary Cowan were in the field back in 1968.

Weir, from Bright’s Grove, Ont., won the green jacket just as Hughes was starting to play in junior golf tournaments. The influence that performance had on the youngster was profound.

“It was a huge boost of confidence knowing that a guy from not too far from me in Ontario just won the Masters,” he said.

Hughes focused on golf through his teenage years and won the Canadian amateur title in 2011 and 2012. The Kent State University product turned pro in 2013 and joined the Web.com Tour last season.

A victory at the Price Cutter Charity Championship set him up with a PGA Tour card. His win last fall gave him exempt status on the Tour through the 2018-19 season.

His accomplishments were the stuff of fantasy when Hughes caddied in a pro-am before the 2004 Canadian Open at Glen Abbey. Hughes was in Weir’s group and took the opportunity to learn as much as he could.

“The biggest takeaway was he was so genuinely nice to me,” Hughes said. “Really he probably was annoyed with me but he was still being really nice to me. I was asking him a lot of questions and hanging around pretty close.”

It was an 18-hole walk he would not soon forget.

“I just thought to myself, ‘I would love to do this one day,’ ” Hughes said. “I didn’t know how much work it would take or how hard it would be. But I thought, ‘Wow, this is really cool.’ I was in love with the game at the time, I just didn’t know what it would all entail.

“But I thought, ‘Wow, I’d love to be doing what Mike Weir is doing right now.’ ”

Weir went on to lose a playoff to Vijay Singh in one of the more memorable Canadian Open tournaments in recent memory. Weir has battled injuries in recent years and no longer has status on the Tour but he has a lifetime exemption to play the Masters as a former champion.

All of his experience on the course will give Weir plenty of fodder to share with his compatriots.

“He’s still a huge source of inspiration,” Hughes said from Charlotte, N.C., during a conference call. “I will always think of Mike Weir as the greatest Canadian golfer that’s ever lived.”

Hughes has made 10-of-14 cuts this season and sits 12th in the FedEx Cup standings. He’ll play at the Shell Houston Open next week before returning to Georgia.

He has managed to get a few practice rounds in at Augusta, a course he described as “a very good golf course for me.”

The practice round with Hadwin and Weir is set for April 4, two days before the opening round at the Masters.