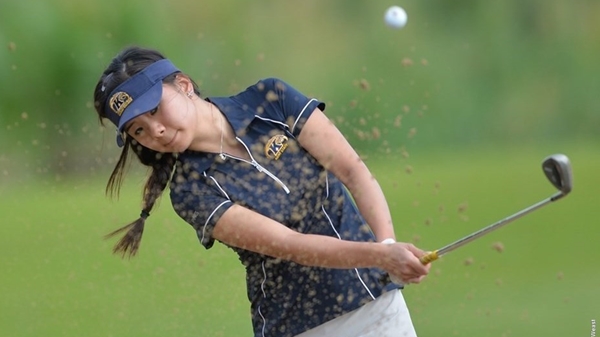 Ha kept her foot on the gas heading into Sunday’s final round, shooting a round-low 74 to sneak from behind to capture the win. The 20-year-old finished one stroke ahead of runner-up and Kent State teammate, Natalie Goodson.

Ha put herself in a great position to win after Saturday’s 3-under 69, highlighted by eight birdies. The Kent State junior is also fresh off of winning the Women’s Golfer of the Week for the Mid-American Conference just one week earlier. This was in large part due to her win at the Lady Buckeye Invitational that same week.

Other Canadians in the field included, Jenna Hague of Burlington, Ont. who finished in solo fifth at 11-over, while Kent State’s Josee Doyon of St-Georges-de-Beauce, Que. finished T6 after rounds of  73-79-77.

The Golden Flashes will look to ride their momentum into the NCAA Regionals from May 8-10.