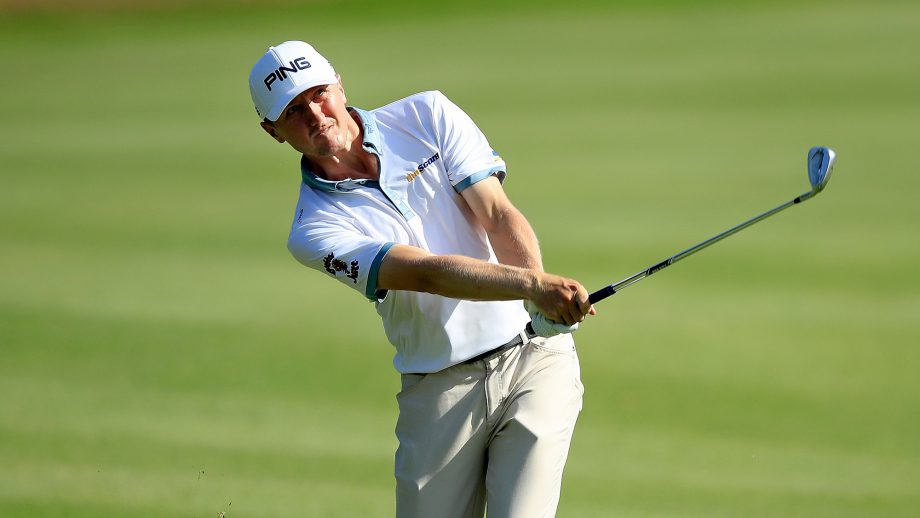 MEMPHIS, Tenn. – Canadian Mackenzie Hughes got the strong start he was looking for. The 27-year-old notched a 4-under 66 in Thursday’s opening round to sit in a 11-way tie for second, one stroke off the pace.

Hughes posted five birdies against one bogey at TPC Southwind and will go off in his second round at 7:50 a.m. local time. The Dundas, Ont., native will play in next week’s U.S. Open, alongside fellow countryman Garrett Rank of Elmira, Ont.

Phil Mickelson also opened the event on a positive note. Steve Stricker is having too much fun to just stick to the senior circuit.

Mickelson and Stricker shot 4-under 66 on Thursday in the St. Jude Classic, leaving them in an 11-player tie for second – a stroke behind Seamus Power of Ireland. Mickelson matched his best opening round in relation to par this season.

“Oh, it was a great start for me,” Mickelson said. “I ended up finishing off the round. I had a nice little stretch there in the middle where I went birdie, eagle, and I was able to finish it off with some pars after some poor tee shots.

“It’s a good start. It’s not like you’re trying to win the tournament on Thursday. But it’s nice not to put myself too far behind so I’m playing catch-up. So another good round tomorrow will put me right in it for the weekend.”

Power birdied his final hole for the lead over Mickelson, Stricker, U.S. Open champion Brooks Koepka and others. He went to No. 18 tied with seven others atop the leaderboard and took the lead himself with his second birdie over his final three holes.

The 51-year-old Stricker had a long day Monday qualifying nearby for the U.S. Open. He played only six holes Tuesday and a nine-hole pro-am Wednesday to rest up. He turned in a bogey-free round Thursday and capped his day chipping in from 34 feet for his fourth birdie. He has two top-25 finishes in seven tournaments on the PGA Tour this season, and Stricker said he wants to show he can finish off an event.

“I still feel like I should play out here. I belong out here. I’m trying to stick with that,” said Stricker, a two-time winner this year on the PGA Tour Champions.

Koepka is preparing for his U.S. Open title defence next week at Shinnecock Hills.

Second-ranked Dustin Johnson was at 67 with Retief Goosen, Scott Stallings and seven others.

Two-time defending champ Daniel Berger bogeyed three of his first five holes and finished with five bogeys and five birdies for a 70.

Mickelson won in March in Mexico for his 43rd career victory, and he has tied for second at the TPC Southwind twice with a tie for third since 2013. He is looking for his first win here while tuning up his game for the U.S. Open. He matched the 4-under par 68 he opened with at the Houston Open in April with three birdies, an eagle and one bogey.

This tournament at TPC Southwind will become a World Golf Championship event in 2019, and Mickelson said this course is tough for anyone to shoot really low. That makes limiting mistakes crucial.

“If you don’t make any, you don’t lose too much ground and you can make it up quick,” Mickelson said. “It’s just a course that’s hard to go really low on. That’s something I’ve picked up on this golf course over the years. There’s a lot more big numbers on this course than you think. Water comes into play. There’s just some challenges. So I ended up eliminating the big numbers and fortunate enough to salvage par on No. 9 and 12 in today’s round.”

Johnson hit into the water for a double-bogey on No. 9. A winner here in 2012, Johnson also had the shot of the day on the par-4 No. 12. With his ball near the water, Johnson took off his right shoe and rolled up his pant leg before stepping into the water. He chipped in from 40 feet.

“It wasn’t a very easy shot, and I actually didn’t hit it very well,” Johnson said. “I just got lucky and it went in the hole.”

Koepka got to 5 under with a string of four straight birdies but his second bogey cost him a share of the lead.

“I didn’t play well at all to be honest with you,” Koepka said. “We hit some pretty poor shots. We were kind of all over the place, but hope to figure this out for the rest of this week.”

Power played in college across the state at East Tennessee State, the 31-year-old Irishman came into this event ranked No. 345 in the world. Teeing off in the morning and starting on No. 1, Power birdied two of his first three holes before dropping a stroke with a bogey on No. 4. He bounced right back with a birdie, and his sixth birdie came after hitting his approach from 128 yards to 3 feet to match his low round of the year.

Corey Conners of Listowel, Ont., is 2 under while Nick Taylor of Abbotsford, B.C., and Ben Silverman of Thornhill, Ont., opened with 70s. David Hearn of Brantford, Ont., shot a 2-over 72.