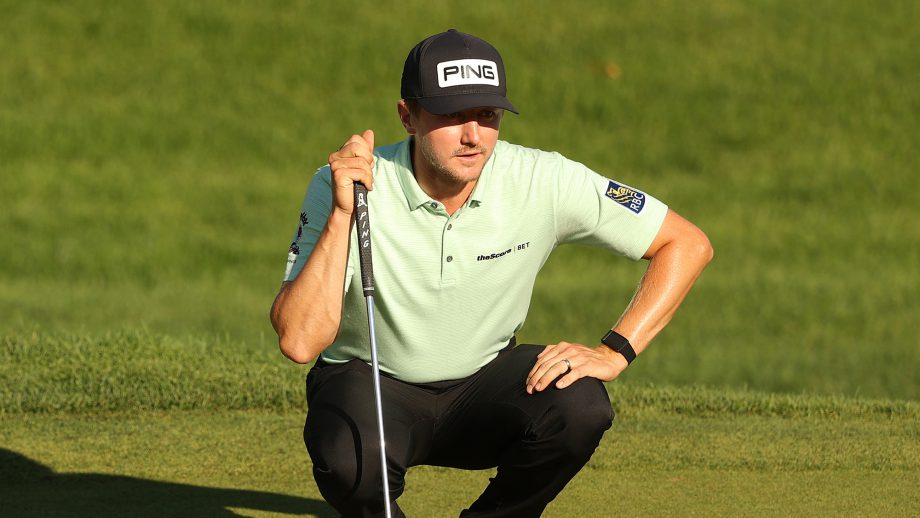 Mackenzie Hughes doesn’t think of himself as an ambassador for golf, but when he has the opportunity to promote the sport he loves he embraces that role.

The Canadian became something of an online sensation Sunday after he drained back-to-back putts of more than 43 feet to birdie his final two holes and finish third at the Travelers Championship. Video of the two putts – especially the 48-footer on No. 17 that took almost a 90 degree turn to find its line – has had his phone buzzing for days.

A tweet from the PGA Tour of Hughes’s impressive putts has had more than 2,500 retweets and nearly 18,000 likes, even drawing casual fans into golf.

“We’re just trying to put on a good show and entertain whenever we play,” said Hughes. “I’d love to get as many people as possible into the game because, obviously, I think it’s a great game.”

It’s not the first time Hughes has put on a show for fans.

At the 2019 RBC Canadian Open at Hamilton Golf Club – essentially Hughes’s home course, having grown up in nearby Dundas, Ont. – he drew raucous cheers when he pulled on a Kawhi Leonard jersey before teeing off at No. 13 when the Toronto Raptors were in the thick of the NBA’s post-season.

“I knew that was going to get a good reaction,” said Hughes, who added that he likes to engage fans. “I think it reminds you to not take things too seriously and have a little bit of fun out there. I think when I do that I play better.

“I mean, we’re in an entertainment business so we are trying to, in essence, put on a show for people. If I can help in any way, then that’s awesome.”

Hughes is skipping this week’s Rocket Mortgage Classic at Detroit Golf Club, instead spending time with his wife, son and family at a cottage in western New York to celebrate Canada Day and Independence Day.

Happy Canada Day! Proud to be Canadian and to represent Canada wherever I compete #CanadaDay 🇨🇦

There will be four Canadians in the field when the event tees off on Thursday with Michael Gligic of Burlington, Ont., Adam Hadwin of Abbotsford, B.C., David Hearn of Brantford, Ont., and Roger Sloan of Merritt, B.C., playing.

Hughes had intended to play in the Rocket Mortgage but, with the PGA Tour having to re-shuffle its calendar because of the COVID-19 pandemic, it meant that there were seven high-quality events in a row. As a result, he reluctantly withdrew from the tournament in Detroit.

Tying for third at the Travelers Championship has been a big benefit to Hughes’s season.