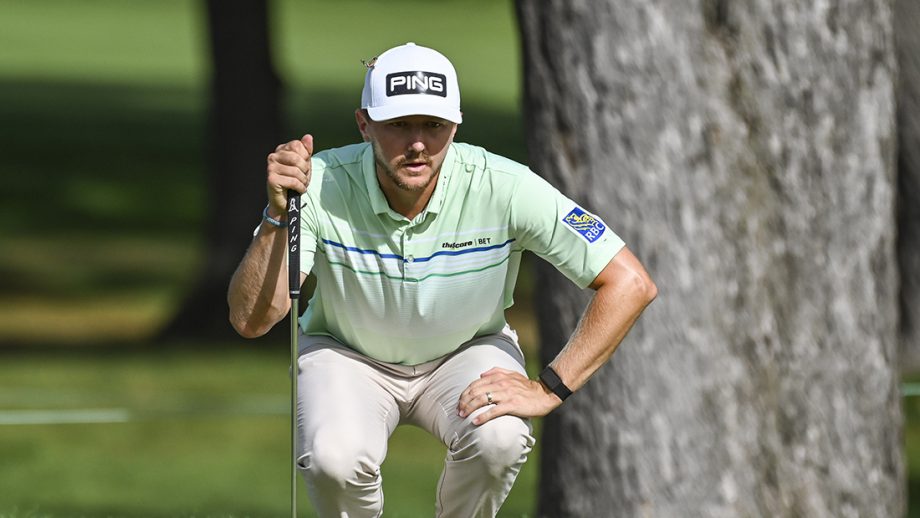 Mackenzie Hughes pumped his fist when he drained a five-foot putt on the 18th green on Sunday at the BMW Championship to move into the top 30 of the FedEx Cup rankings. After retrieving the ball from the hole he threw his hands into the air as much out of relief as excitement for the future.

Making par on No. 18 at Olympia Fields Country Club meant that Hughes, from Dundas, Ont., tied for 10th at the tournament to move eight spots up in the rankings and qualify for the exclusive Tour Championship, which tees off on Friday.

The Tour Championship, held at East Lake Golf Club in Atlanta, sees the top 30 players on the PGA Tour play four rounds of golf. Top-ranked Dustin Johnson starts at 10 under, No. 2 Jon Rahm begins at 9 under, and so on, with Hughes in a five-way tie for 26th at even par.

“I know I’ll start with long odds, but that’s why you play. There’s no guarantees,” said Hughes. “I’m excited to be there and to have the opportunity and I’ll go and try to make the most of it.”

Finishing the PGA season in the top 30 has other perks for Hughes, including making three of golf’s four majors, as well as the Players Championship and the Tournament of Champions.

Hughes said he’s excited for what the 2021 season holds, but returning to storied Augusta National Golf Club has long been a target after missing the cut in 2017, his lone appearance at the event.

“Going to the Masters again has been on my radar ever since I went my rookie year. I was just really disappointed with how it went the first time around,” said Hughes on Monday. “I just wanted to have another chance at it someday.

“You don’t get tons of cracks at it. The Masters is one that’s really tough to qualify for, you’ve either got to win, be top 50 in the world, or make the Tour Championship. I’m just super excited to be a part of it.”

Hughes had a difficult start to the 2020 season, missing nine of 11 cuts until the Honda Classic where he finished second on March 1.

He credits caddy Jace Walker and coach Ralph Bauer – who he started working with this summer – in helping him turn his season around. In particular, Hughes thinks mental toughness and creating a positive vibe with Walker when they’re on the course has made the difference.

“I’m a pretty gritty and determined player,” said Hughes. “If I keep my head on straight and think clear in tough moments I think that’s a big asset of mine. That’s been a huge strength in the last year.”

On the big stage 👀 Mac kicks things off Friday at 12:10 pm, starting at even par.

That fortitude was put to the test on Sunday when Hughes was on the 18th fairway and a spot in the Tour Championship was on the line. After hitting a drive to the fairway, Hughes’s approach shot landed in a greenside bunker.

“My thought was ‘what the heck are you doing, man?’ I was not super pleased with myself there,” said Hughes. “Obviously, made a bad swing at the wrong time after hitting a great drive too.”

Hughes and Walker spoke as they walked to the bunker, clearing the golfer’s head and leaving the bad shot behind on the fairway.

“I just told myself I had to make an up-and-down out of the bunker and I do that all the time,” said Hughes, who did make the clean out to set up the five-foot putt.

After the BMW Championship Hughes flew home to Charlotte, N.C., to sleep in his own bed and take advantage of the Tour Championship’s Friday start. He’s pleased that his support system will be even broader at the season’s finale as his wife Jenna, their son, and her parents will be able to come to the Tour Championship after the PGA loosened its COVID-19 protocols for the tournament.

“I think with anything you do in life that’s good it’s more fun to do with the people that you love and be able to share with people,” said Hughes. “It’s going to be great to have them all there with me.”