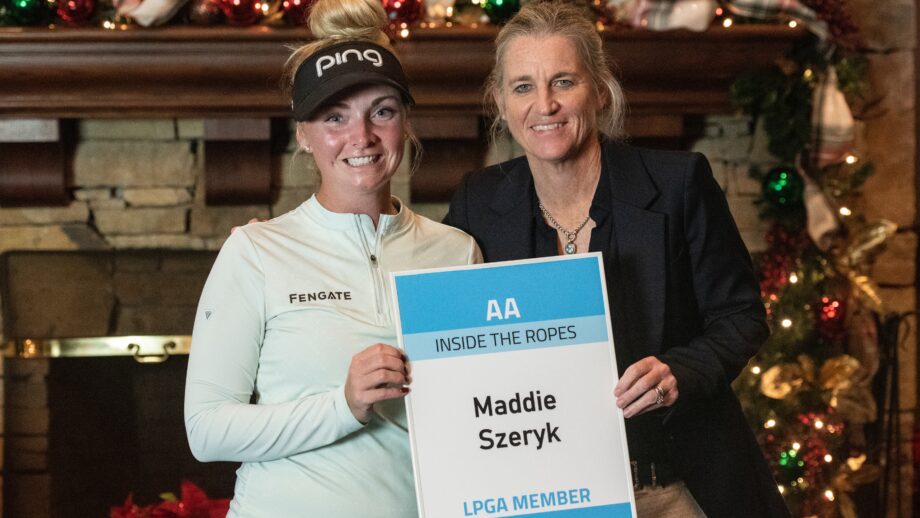 Maddie Szeryk played her way onto the LPGA Tour for the second straight year through the Q-Series.

The 26-year-old London, Ont., native finished the eight-round marathon series with a -17, good enough for T-17. The top 45 and ties from the Q- Series receive their cards for the 2023 season. This year saw 46 players advance.

Hae Ran Ryu of South Korea finished first with a score of -29, with American Bailey Tardy two shots behind in second at -27.

Two courses from the Robert Trent Jones Golf Trail in Alabama were the site for the Q- Series this year. The first four rounds occurred at Crossing Course from Dec. 1-4, with the second set of 72 holes hosted at Highland Oaks from Dec. 8-11.

While Szeryk started off the first round of the Q- Series shooting even par, she came out hot in round 2. After starting with a birdie on the first hole, Szeryk would convert seven more birdies and no bogeys to shoot -8. She finished her final two rounds at Crossing Course with scores of -4 and even par.

The second set of four rounds proved to be slightly more challenging, but Szeryk more than rose to the occasion. She shot -2 in the fifth round and -4 with the help of an eagle in the sixth round. Szeryk closed out the seventh and eighth rounds with 1-over par and even.

The T-17 finish for Szeryk improves on her finish in last year’s Q-Series, where she finished T-35. The improvement is significant, as the top 20 finishers this year will receive higher priority than the rest of the field who qualified.

Throughout her rookie season on the LPGA Tour in 2022, Szeryk made five cuts in 14 starts. Her career best finish is T-24 at The Ascendant LPGA benefiting Volunteers of America. She has made over $47,000 in career earnings on the LPGA Tour so far.

Szeryk turned pro in 2018 after playing collegiately at Texas A&M. While in college, Szeryk was a three-time All-American and holds the SEC record with 32 career top-10 tournament finishes.

Since turning pro, Szeryk has earned $80,197 on the Epson Tour, where she has five top-10 finishes. She is also a winner on the Women’s All Pro Tour, capturing the 2020 Kingwood Island Championship.

After the tournament of champions kicks off the season in January, the LPGA Tour will go to Thailand for the Asian swing of the calendar. The CP Women’s Open is scheduled for Aug. 24-27 in Vancouver.