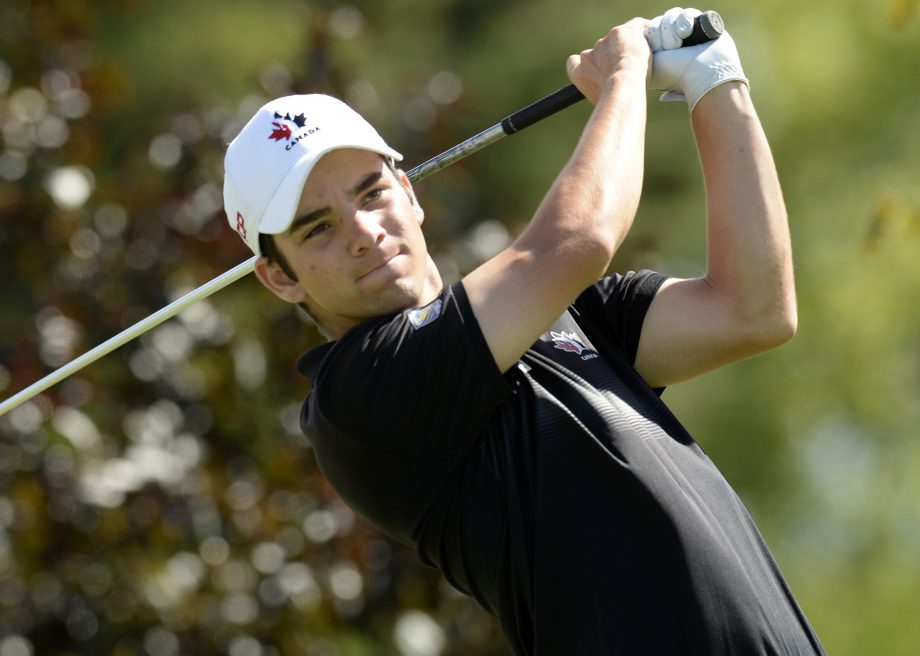 “The dream is to turn pro.”

Comfortably settled in the team bus that is taking the WVU golfers to the next tournament in their journey, Étienne Papineau, a Saint-Jean-sur-le-Richelieu native and ex-member of the National Development Squad, shares the passion that inhabits him.

Papineau is in his second year with West Virginia University’s golf program and is still floating on his third-place finish at the Furman Intercollegiate. We wanted to talk to him and find out how he was handling his “after-career”, following his experience with the national squad, and how he was enjoying being a full-time athlete and student.

“It was difficult at the beginning, for sure. During the first year, there’s a certain period of adaptation. I had a bit of a hard time during the second semester. Living in the U.S., it’s really different than Québec. But it’s fun. The atmosphere at school is super,” he says. “You only live this once in your life!”

“To playing with the best and against the best every day, that really helped me. It gave me the thirst to become better than the others!”

As a result, Étienne was approached by several NCAA academic institutions and was able to obtain a full-ride scholarship at West Virginia for the four years that he expects to compete at the collegiate level. He sometimes encounters other graduates of the national squad in various competitions and believes that there is a certain camaraderie between them.

“Of course, when I run into a Tony Gil (who was a close friend and member of the squad) or any other ex-team member, it’s something special to see each other again. I mean, we travelled the world together and competed in places like Japan, Argentina and Colombia, we got to know each other pretty well. There is a bond that we created that will last a lifetime.”

So, after the happy-ending third position at Furman, it is now time for the UNC /Charlotte-hosted Irish Creek tournament and for Étienne to get to work for the weekend. He seems quite down-to-earth and ensures us that he’s in the right frame of mind for the coming challenge. “In my head, there are no distractions. Even if there are always some on the campus, which is known to be a little bit of a party town, me, I’m on a mission. I’m focused on golf,” he concludes.