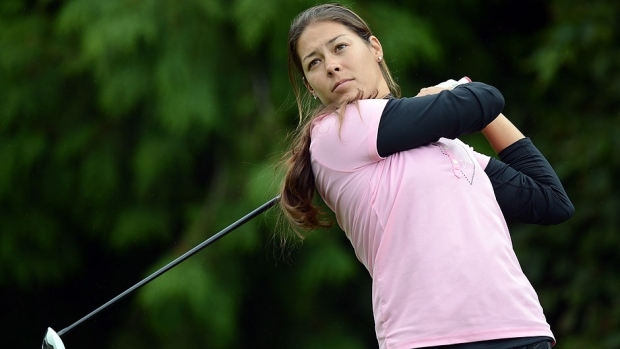 If Chang wins on Sunday, she will become the youngest in the 36-year history of the Symetra Tour to win. Chang would be just the fourth amateur to win (Cristie Kerr – 1995, Kellee Booth – 1999, Hannah O’Sullivan – 2015).

Canada’s Richdale posted an even-par 72 on Saturday to put herself in contention heading into Sunday. After the final-round, Richdale will fly to Los Angeles and then on Monday morning she will fly to Honolulu to get ready for the LOTTE Championship on the LPGA. Richdale has partial LPGA Tour status courtesy of a T41 finish at 2015 LPGA Qualifying Tournament.

“If I play well in Hawaii, I can reshuffle and get better status,” explained Richdale. “I just have to see how things go.”

“I’m not hitting the ball as well as I’d like, my greens in regulation are down, but I hit some better shots coming in today,” said Richdale. “I’ve played this course quite a few times and I’m pretty comfortable out here so I feel pretty good going into Sunday.”

The cut was made at 5-over and 69 players will tee off on Sunday. Chang will play in the final group with Nagai and Chien at 11:32 a.m.