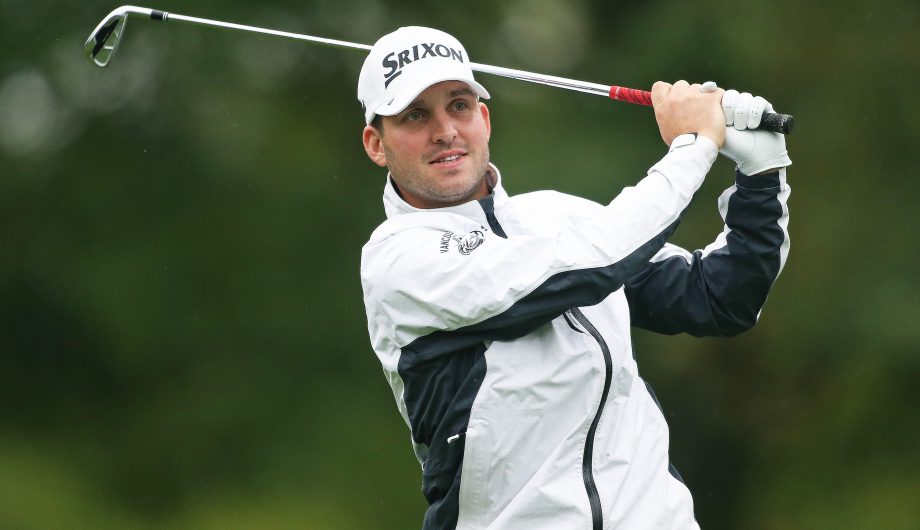 “Today was a long trying day with the weather delay,” said the 35-year-old member of Freedom 55 Financial’s Team Freedom. “First off, everyone involved with the grounds crew did an unbelievable job. For the rain that came down, the greens are immaculate. My game is in a good place, and I have a real good caddie this week (past Mackenzie Tour member Kevin Stinson) and the putter feels real good in my hands. All in all, I’m very happy with the position I’ve put myself in.”

Sturgeon, a 23-year old University of South Carolina graduate, was 5-under par through 17 holes of his second round when play was called at 9:07 p.m. due to darkness. Second round play was initially suspended for 2 hours and 40 minutes due to dangerous weather in the area, and will resume at 8:00 a.m. Saturday morning.

“I bogeyed the first hole, and it actually kind of helped me to stop, hit some more balls, hit some more putts and get some good momentum going getting back out there,” said Sturgeon, who was 1-over on his round when play was suspended initially.

With a two stroke lead over Syracuse, New York’s Dan McCarthy, Vancouver, B.C.’s Ryan Williams and Orlando, Florida’s Ted Smith and the reachable par-5 ninth hole left to play in his second round, Sturgeon said he was confident heading into the weekend’s play.

A shot further behind the group tied for second were Liverpool, England’s Mark Geddes and Chico, California’s Kurt Kitayama in a tie for fifth at 9-under.

Edmonton’s Wil Bateman was 3-under through 15 holes when play was suspended. At 7-under, he is currently part of a five-way tie for ninth.