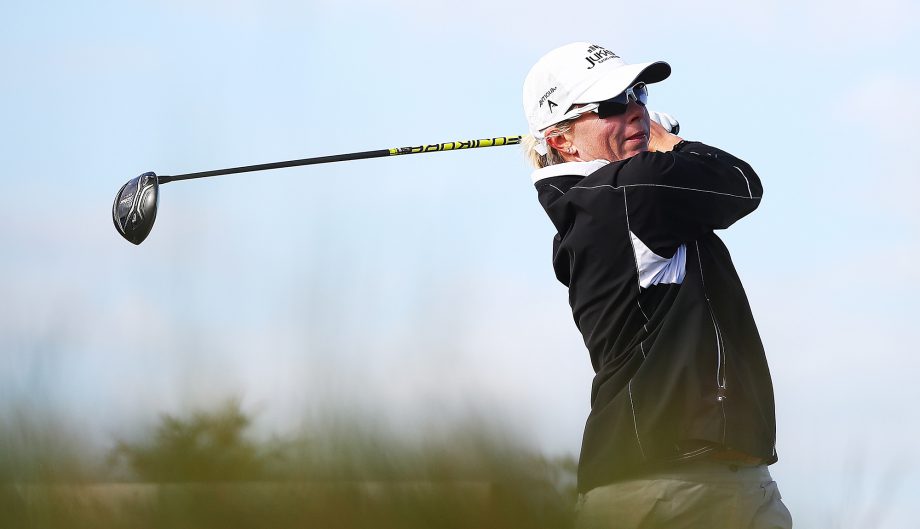 TAIPEI, Taiwan – Jenny Shin shot a 5-under-par 67 for a share of the lead with Eun-Hee Ji after the second round of the Taiwan Championship on Friday.

Shin offset a pair of bogeys with seven birdies at Miramar Resort and Country Club, including a birdie-birdie finish.

“I had a really good break back there on the 18th hole,” Shin said. “My tee shot went to the right, but I got relief because it was completely underwater, and I took advantage of that. Made the putt on 17, so I wanted to keep running at it and made my last putt on 18.”

First-round leader Ji made a pair of bogeys and two birdies early, but birdied the par-5 18th for a 71.

“Not as great as yesterday but I don’t feel really bad,” Ji said. “I just struggled with my putting this first nine, and I get just a little bit better on the back nine. I just made it out a little bit. I’m pretty happy to make a birdie on the last.”

The leaders are at 7-under 137, one ahead of Brittany Altomare, who carded a 68.

Altomare missed only one fairway and hit 14 of 18 greens.

Alena Sharp of Hamilton shot 4-under and was tied for 14th at 1-under. Brooke Henderson of Smiths Falls, Ont., was well down the leaderboard after a round of 75 left her at 5-over par.

Su Oh of Australia was in sole possession of fourth place after she eagled the 18th to complete the day’s lowest score of 66 that also included two bogeys and six birdies.

Top-ranked So Yeon Ryu fired a 68 to move into contention at 3-under 141, four off the pace.

Sung Hyun Park, the U.S. LPGA Tour rookie of the year, continued to struggle and shot a 73 to be 5 over for the tournament.