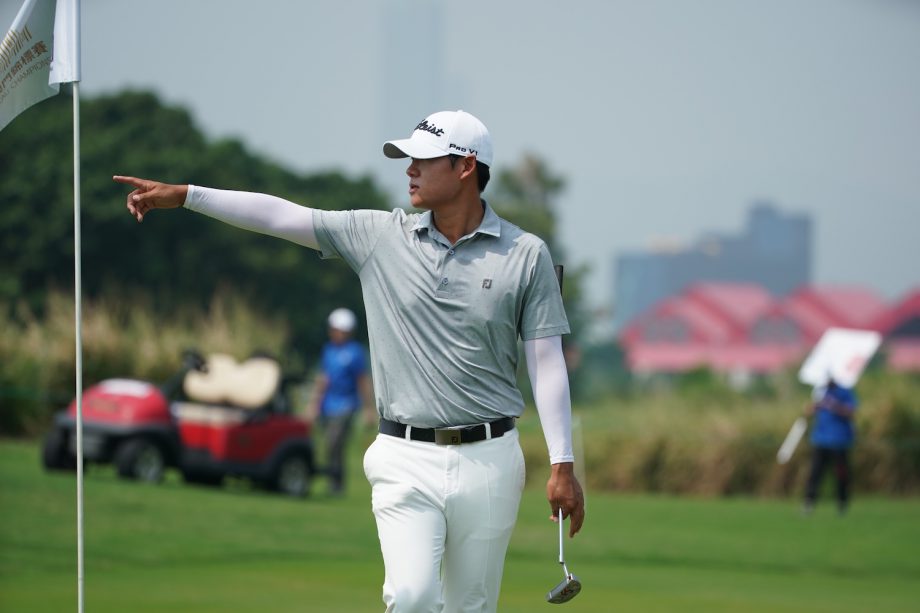 MACAU, China—After opening rounds of 63-62, Canada’s Justin Shin kept the momentum going as he carded a 5-under 66 at the Macau Championship. Heading into the final 18 holes of the PGA TOUR Series-China season, Shin lies at 22-under and will be looking to close out a six-stroke lead over a tough opponent.

China’s Zecheng “Marty” Dou is no stranger to winning and moved into solo second, at 16-under,  after firing a 62 at Caesars Golf Macau. The 22-year-old won four-times on the Tour in 2016 en route to winning the Order of Merit and Player of the Year honors. Dou, who also has two victories on the Korn Ferry Tour, is in the field this week to get ready for the World Golf Championships-HSBC Champions in Shanghai at the end of the month. He will return to the Korn Ferry Tour for the 2020 season.

Canada’s Richard Jung shot a 66 to move into solo third, one shot ahead of France’s Cyril Bouniol, who is currently fifth on the Order of Merit. Max McGreevy is still virtually assured to lock up Player of the Year honors despite dropping into a tie for 19th after carding a Saturday 70.

Shin, who was born in Seoul, is chasing his first victory on the Tour since his triumph at the United Investment Real Estate Open in 2015. That year, Shin finished sixth on the Order of Merit and missed earning his Korn Ferry Tour card but went on to play a full season on the Korn Ferry Tour in 2017 via Q-School.

On Saturday, Shin was 5-under through 13 holes before two late bogeys on holes 15 and 18 slowed him. However an eagle on 17 and five birdies for the day gave him lots of positives heading into Sunday.

“I missed a two-footer on the last hole, and on hole 14 I lost a bit of concentration,” said Shin of his bogeys. “The greens are sometimes tricky, but I managed to recover and I’m still pretty happy with the round. Hopefully if I can keep doing what I’m doing, we should be OK.”

Shin is looking forward to playing with Dou in the final group Sunday, which is expected to produce a lot of birdies.

“The last time I played with Marty was in 2016, and he’s played on the PGA TOUR and is playing the Korn Ferry Tour now, so it’s going to be fun,” said Shin. “He’s a great player, and he can go low. He shot 62 today, which is pretty good. I think there will be a lot of birdies. I need to keep making birdies; can’t make pars.”

Dou, who played a full year on the PGA TOUR (2017-18 season), started the day off with six straight pars before lighting up the course with seven birdies and an eagle in his next 10 holes.

“Today, from the beginning I found that everything came into place. I missed a short putt on the first hole, but the way I was striking it, I could feel that a low score was coming,” said Dou. “Then I got to hole 6 and then shot 8-under through eight holes and got on that streak. I made a lot of 20-foot putts and hit mostly every fairway. I didn’t really have to save par the whole day, which made things easier for me.”

Speaking on Shin, Dou was also full of praise.

“Justin is playing really solid. Even if he was playing on the PGA TOUR, he would be at the top [of the leaderboard] right now,” said Dou. “So, I won’t think about trying to catch him too much, I’ll just try to play like I did today and if I get a chance to get him, that’s good.”