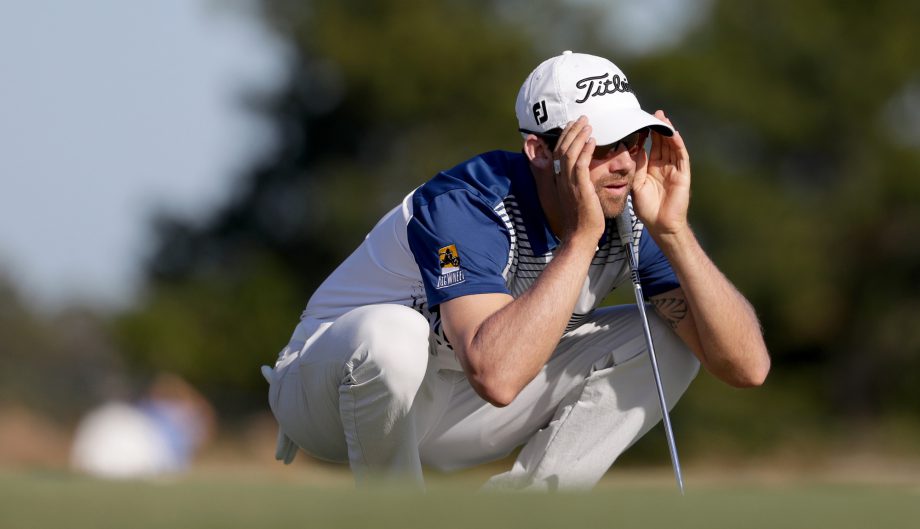 Now the Arkansas player is one of them.

Cook closed with a 3-under 67 for a four-stroke victory over J.J. Spaun. The victory in the final PGA Tour event of the calendar year gave Cook a spot in the Masters next year.

“It was definitely exciting … real brutal with the wind,” Cook said. “I got off to a slow start but I was able to keep my head level and know there was a lot of golf to be played. With the wind and those conditions, a lot could happen.”

Cook birdied three of his last four holes after the three-shot lead he began the day with slipped to one over Spaun. Cook made a 14-foot birdie putt at No. 18 to finish at 21-under 261.

It’s the second year in a row that a rookie won the RSM Classic. Mac Hughes of Dundas, Ont., survived a five-way playoff to capture the title last year in a Monday finish, but missed this year’s cut.

Spaun, a stocky former University of San Diego player, made the biggest move of the day and twice cut Cook’s lead to one shot _ the last time on an 8-foot birdie putt at the par-4 16th.

However, Spaun bogeyed No. 17 when he failed to get up-and-down from a greenside bunker, and Cook birdied No. 15 with a 4-footer and No. 17 with a 15-footer to seal the victory.

Spaun’s birdie at No. 16 could have put him into a tie for the lead but he missed a 4-foot birdie attempt on the previous hole.

“That (Spaun’s miss at No. 15) was big,” said Cook, who said he’s an obsessive leaderboard-watcher and knew exactly when Spaun had come within a shot.

Cook, who has Gay’s former caddie, Kip Henley, carrying his bag, never slipped after a bogey at the second hole, just his second of the week. He missed only two fairways in the final round and made par after four of his five missed greens. He led the field in scrambling, converting 11 of 12 pars after missing greens, and tied for fourth by hitting 48 of 56 fairways.

“With Kip on the bag, he was able to keep me in the moment and keep me pressing instead of playing conservative,” Cook said. “There was a lot of stuff going on, mostly up here (tapping his head). My ball-striking was great and for the most part, my putting was great. Holding the nerves down, playing a good round in these conditions. … I’m so happy.”