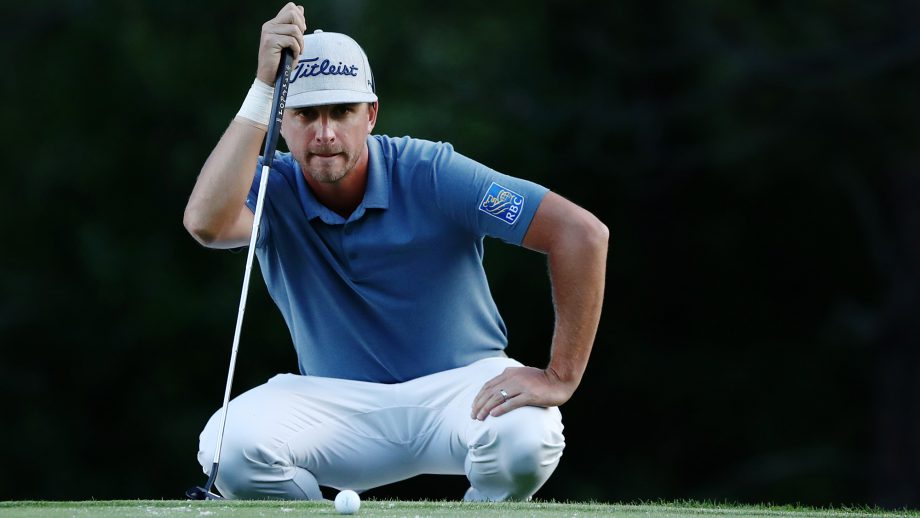 RENO, Nev. – Collin Morikawa birdied his last three holes Sunday to win the Barracuda Championship, making him the second player this summer to go from college to a PGA Tour winner.

Morikawa, who graduated from Cal last month, closed with seven birdies against no bogeys in the modified Stableford scoring system, giving him 14 points in the final round at Montreaux Golf and Club.

He finished with 47 points for a three-point victory over Troy Merritt, who had the lead on the back nine until the 22-year-old Morikawa made his final charge. Merritt had a chance to win on the par-5 18th with an eagle, but his chip raced 12 feet by the hole and he missed the birdie putt. He finished with seven points in the round.

Canadian Roger Sloan of Merritt, B.C., finished with a share of 7th place at 37 over par.

Robert Streb, tied for the lead after a birdie on No. 10, finished with eight pars and tied for third with John Chin.

Morikawa joins Matthew Wolff of Oklahoma State as players who have gone straight from college to their first PGA Tour victory. Wolff won the 3M Open in Minnesota three weeks ago, making an eagle putt on the final hole to beat Morikawa.

“It was something really special to finally get the win,” Morikawa said.

He was doing everything right leading up to his big moment at Montreaux. He has made the cut in all six of his starts since his May 18 graduation, including his tie for 35th in the U.S. Open at Pebble Beach. After his runner-up to Wolff in Minnesota, he tied for fourth in the John Deere Classic and then won the Barracuda Championship.

While he was already assured of a PGA Tour card for next year with his good results, the victory gives him membership immediately, with his points retroactive. Morikawa is at No. 46 in the FedEx Cup, and he cracked the top 100 in the world ranking.

The victory does not get him into the Masters, however, because the Barracuda Championship was held opposite a World Golf Championships event.

Morikawa began his move after having to settle for par – no points – on the par-5 13th, leaving him three points behind Merritt who was in the fairway behind him. Morikawa holed an 8-foot birdie putt on the 14th, and his best shot was on the par-3 16th, when he went at a back pin with a high cut into the breeze to 10 feet on the fringe and made the birdie putt.

His biggest shot was on the next hole when he holed a 30-foot birdie putt with enough pace that it might have gone some 6 feet by the hole. That set him up for the closing hole, where his 4-iron came up short of the green with a front pin, and he used putter to roll it to 2 feet for a tap-in birdie.

“It felt good to make that putt, but obviously I had one more hole to play,” Morikawa said. “There was a lot of points on the board left, and I knew I had business to do on 18. And I hit three good shots and was able to tap in for birdie.”

Merritt trailed for the first time on the back nine when Morikawa made his birdie on the 16th. He answered with a 30-foot birdie from the fringe on the 16th, and he saved par with a 5-foot putt on the 17th to stay one point behind.

Morikawa’s final birdie meant Merritt had to make eagle (worth 5 points) to win. A birdie is worth two points and would not be enough. His approach came up short, and his chip stayed left of the hole.