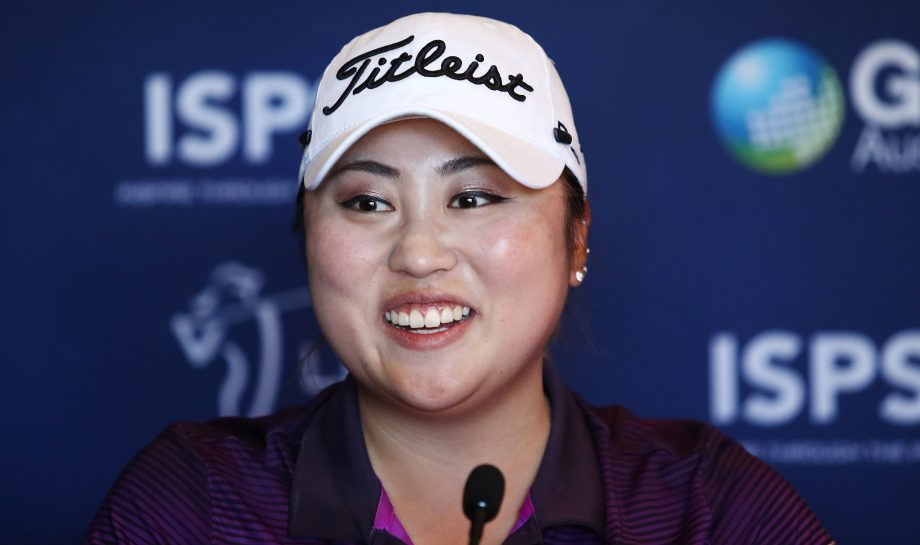 Kim’s bogey-free opening round came after starting on the 10th hole of The Grange’s West course. She had a three-stroke clubhouse lead over American Casey Grice with most of the afternoon groups, including five-time champion Karrie Webb, on the course.

P.K. Kongkraphan of Thailand, Jenny Shin and amateur Choi Hye-jin had 67s and were tied for third among the early finishers.

Ko, who won last year’s title at Royal Melbourne, bogeyed two holes on her first nine after starting on the 10th, but the New Zealander had three birdies on the back nine for her 70.

“I’ll take it,” Ko said. “I hit two really loose shots where it was hard to put myself in position the next time but overall I played pretty solid … not many putts dropped.”

Kim, who moved to Canada from South Korea with her family when she was 10 and is based in Langley, B.C., birdied seven of her first 12 holes.

Ranked 256th in the world, Kim was playing her first LPGA tournament round this year because her low ranking failed to gain her direct entry into the initial two LPGA events in the Bahamas and Florida.

Kim, who eclipsed the previous women’s course record of 66 shot by Australian Nadina Taylor at an amateur event in 2000, had 26 putts in what she described as “one of those days.”

“I was just picking my line and rolling them in, let the ball do the rest,” the 22-year-old Kim said. “I was pretty ready for it, so (I am) not surprised.”

Kim has not made up her mind whether to become a Canadian citizen. She has had the same coach, Brian Jung, for nine years and was part of British Columbia Golf’s player development program.

“I was definitely thinking about it but I still haven’t got the citizenship yet, still deciding,” Kim said. “Most of the Koreans they want their kids to learn English, so that was the reason I moved to Canada. And then golf followed after that …”

The tournament is also sanctioned by the Australian Ladies and Ladies European Tour.