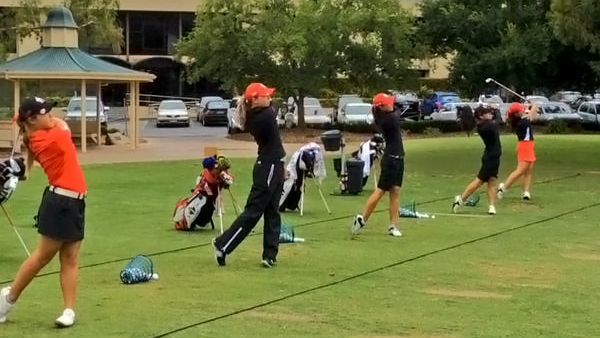 ADELAIDE, Australia – Team Canada had a difficult time in Astor Trophy competition once again on Thursday, falling to South Africa5-2 at The Grange Golf Club.

Canada fell in both of the morning foursome matches, 4&2 and 2&1. With the losses, Canada remains winless in the category and is still yet to win a match.

The Canadian contingent’s uphill battle continued in the afternoon’s single matches, losing two, halving two and winning the other thanks to Victoria, B.C. native, Naomi Ko.

Ko, 17, has been a bright spot for the Canadian quintet, winning all three of her individual matches thus far.

All of the attention went to the host Australians on Thursday, who recorded a convincing 5.5-1.5 win over the leading team from Great Britain & Ireland—making for an interesting final.

With a bye in tomorrow’s final, GB&I is on-the-ropes against the Aussies, who look to complete the comeback and remain undefeated in the tournament. A win, or anything up to a 5-2 loss will ensure a win for Australia—their fifth title in the 56-year history.

Meanwhile, Canada will look to muster up a win in tomorrow’s final round against New Zealand, beginning at 8am (Adelaide time).