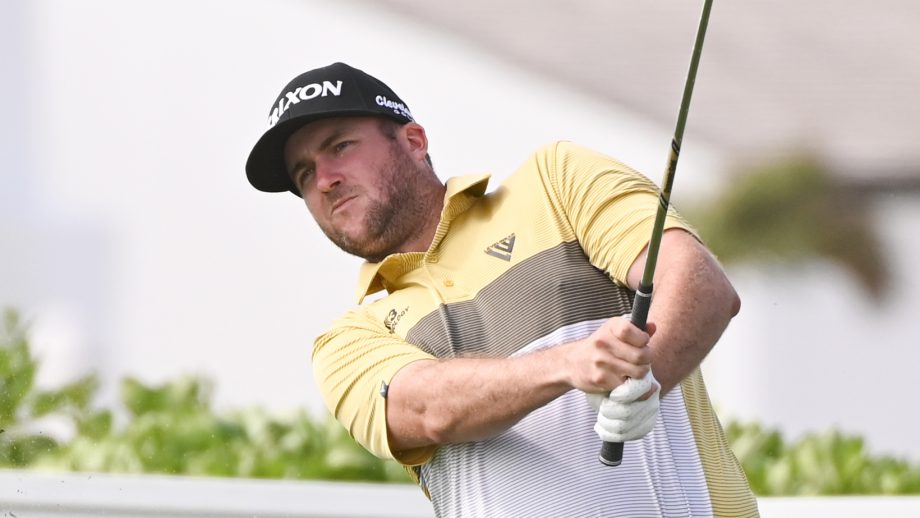 After earning an exemption on the second-tier circuit thanks to two victories on the Mackenzie Tour last year, the Richmond Hill, Ont., native was rearing to go. But at the season-opening Great Exuma Classic, the Team Canada Young Pro Squad member came down with the flu – having to play in the Bahamian heat with a fever. That became bronchitis as he played in the Great Abaco Classic last week, with caddy Mitch Theoret also sick.

“It was definitely not enjoyable,” said Pendrith on Wednesday. “Played nine holes in the first three days of the practice rounds and basically laid in bed, had the chills. It was bad. But I wanted to play and my game was good coming into the first round, just sort of an unlucky thing to happen.”

It wasn’t just Pendrith’s health that was at issue, with high winds at Sandals Emerald Bay and Baha Mar wrecking havoc on scores for the entire field. He tied for 58th at the Great Exuma Classic and then tied for 66th at the Great Abaco Classic. This week’s Panama Championship at the Club de Golf de Panama – which Michael Gligic of Burlington, Ont., won last year – is better suited to Pendrith’s big driving style.

“I remember in previous years here having to hit 2 irons off the tee to try and keep it short of the run up but I practised yesterday and hit a lot of drivers,” said Pendrith. “It definitely sets up well for me. The ball kind of just lands on the fairway and doesn’t roll very far so I can hit a lot of drivers and use my shorter clubs to get on to the greens. I’m looking forward to it.”

This is not Pendrith’s first go-round on the Korn Ferry Tour. He also played on it in 2016 when it was called the Web.com Tour but ongoing wrist issues, a partially torn tendon in his arm, and a torn muscle in his palm, disrupted that and the 2017 seasons.

Now that he’s back, Pendrith feels he’s better prepared to play his brand of golf.

“I feel like when I was out here in 2016 I was searching for the right thing to do and following people, being on the range for three, four hours. That didn’t work for me,” said Pendrith. “I’m just doing my own thing. On a Monday maybe I’ll just go to the putting green for an hour and leave. Or maybe just play nine holes on Monday instead of 18 and two hours on the range.

“It’s all about managing that and having fun again, which is great. I’ve got a really good mindset.”

Adam Svensson of Surrey, B.C., and Mike Weir of Brights Grove, Ont., are the other Canadians in the field in Panama City this week.