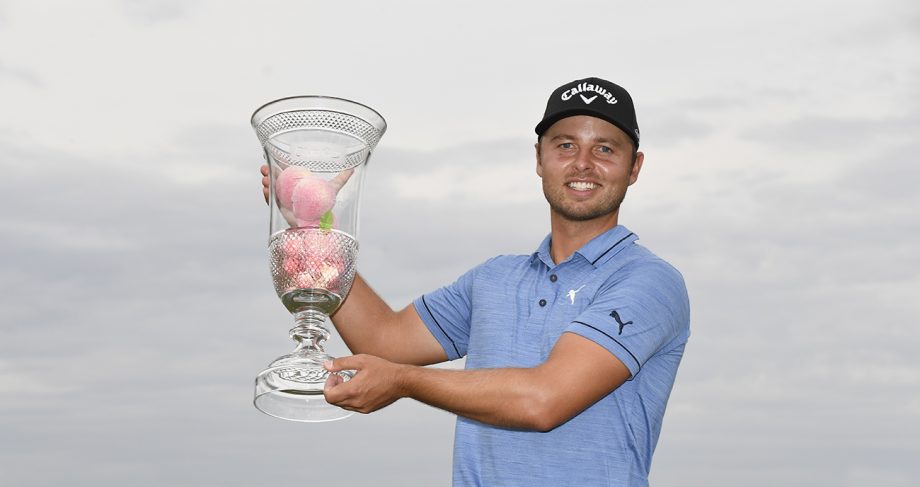 After birdies on the last two holes of regulation, Adam Svensson birdied the second playoff hole and defeated 54-hole leader Max McGreevy to win the Club Car Championship at The Landings Club. It was Svensson’s second career Korn Ferry Tour victory, and he becomes the first Canadian to win on Tour since Michael Gligic won the 2019 Panama Championship.

Svensson played the final 10 holes of regulation at 5-under par and upended McGreevy’s bid to become the first wire-to-wire winner on Tour since Kramer Hickok won the 2018 DAP Championship presented by NewBrick.

Both players had a chance to win on the first extra hole, the par-5 18th, but Svensson missed a 12-foot birdie putt after an aggressive run at an eagle try from off the green, and McGreevy missed a 6-footer for birdie.

“I thought (McGreevy) was going to make it,” Svensson said.

Svensson and McGreavy both found the fairway bunker off the 18th tee the second time around and were forced to lay up. Svensson hit his 95-yard approach shot to 8 feet and lipped in the birdie putt.

“I would say it’s my biggest tournament win ever,” said Svensson, whose last victory was at the 2018 Bahamas Great Abaco Classic at The Abaco Club. “I put so much hard work in in the offseason… hardest I’ve ever worked in my life. I’ve never been that hard of a worker.”

In 2018, Svensson posted five top-10s and a victory on the Korn Ferry Tour to finish 18th in the regular season standings and earn his PGA TOUR card for the 2018-19 season. He posted three top-25 finishes and finished 167th in the FedExCup in his only full season on TOUR, but this week’s victory puts him at No. 12 in the Korn Ferry Tour points standings and in position for a return to the TOUR for 2021-22.

“You grow up and you realize you’ve got to do things correctly. I think the Korn Ferry Tour has done a great job of building me as a player.”

Svensson emerged from a crowded Sunday leaderboard, which he said he did not look at until just before his birdie putt at No. 17. McGreevy’s runner-up finish will move him from 19th to 11th in the Korn Ferry Tour points standings. Three other players finished at 16-under par, one shot behind Svensson and McGreevy.