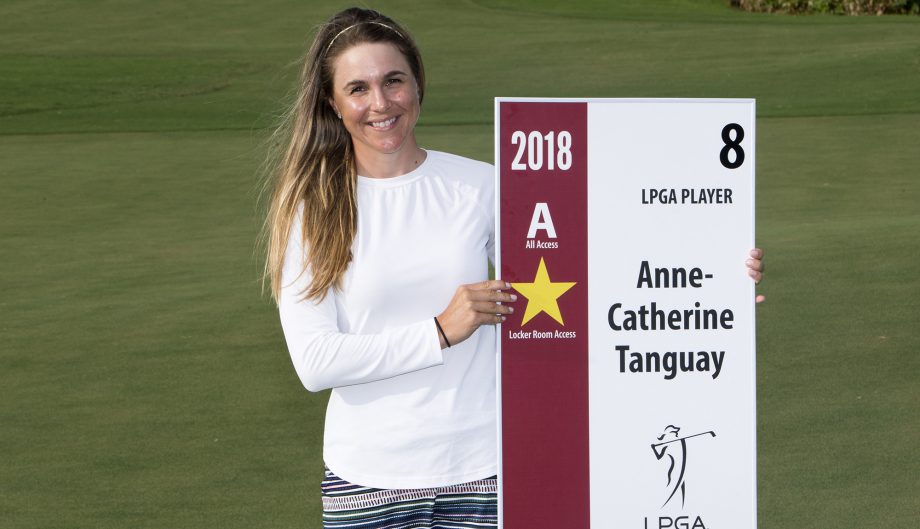 The 26-year-old Oklahoma State graduate is among the top-10 Symetra Tour athletes to finish atop the season-long money list, the Volvik Race to the Card:

Tanguay started the year red hot with six straight top 15 finishes including a tie for second at the IOA Championship and a third-place finish at the Gateway Classic at Longbow Golf Club. She had her breakthrough moment in September when she won the Garden City Charity Classic. She played her college golf at Oklahoma and totaled 15 top 10 finishes and 26 top 20’s. She got engaged to her now-fiancé midway through the 2017 season.

“It’s been my dream, and when you work your whole life to get there it’s such a big accomplishment. Words are hard to explain what I’m feeling, and I think it’s hitting me today. It’s just awesome, it’s such a good Tour, and the level and recognition all over the world. I’m really excited to start traveling the world next year.”

When you see mom after realizing the @LPGA dream! @ACTanguay looking safe for a spot on the big tour!! pic.twitter.com/TELkungtQk

The next 15 players on the season-ending money list will be exempt from Stage II of LPGA Qualifying School, excluding those with LPGA status already. Fellow Canadian Brittany Marchand of Orangeville, Ont. joins those who punched their tickets directly to Stage III which will be on Nov. 27-Dec. 3 at LPGA International. Marchand came in at No. 25 after a season that was highlighted by a win at PHC Classic.