Canadian Conners in lead after first round of Valspar Championship 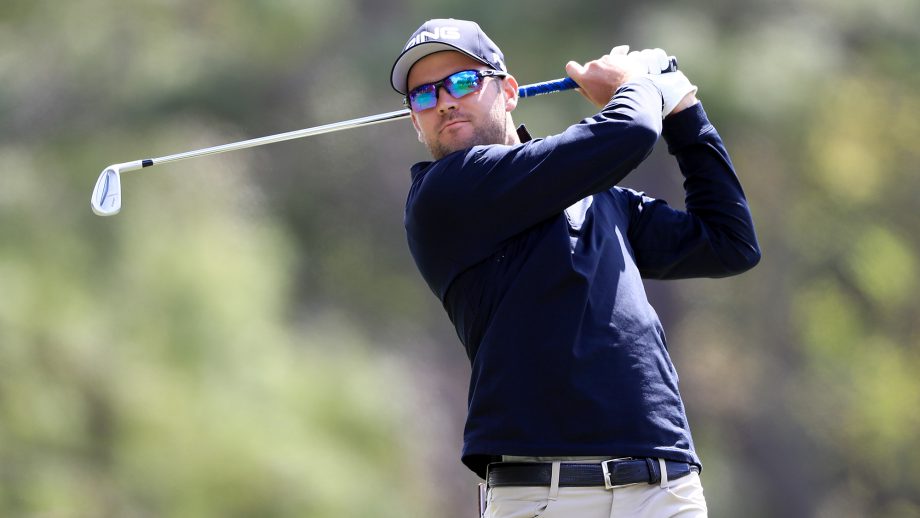 The Listowel, Ont., native, who got into the Valspar Championship field as an alternate not long after he failed to get through Monday qualifying, didn’t make a bogey until his final hole at No. 9 and shot a 4-under 67.

That gave him a one-shot lead over Nick Watney, Whee Kim and Kelly Kraft. Only three other players, including former PGA champion Jimmy Walker broke 70.

Innisbrook produced the highest average score for the opening round – 72.86 – of the 23 courses used this season. But Conners managed just fine, taking advantage of a tournament he wasn’t sure he would be playing.

He went through Monday qualifying and shot 71, but moments after walking off the course, he was told he got in as an alternate.

“Kind of had a mindset of trying to take advantage of a good break, I guess,” he said.

Conners, 26, was quick to thank the Canadian National Team program for its role in his development.

“I was on the development team and the amateur team my junior and amateur career. I started when I was 17, I believe, and then I turned professional a couple years ago and I’ve been a part of the young pro program up until this year…”

Conners graduated the Young Pro Squad program—an initiative put in place by Golf Canada to help the nation’s top-performing athletes in their transition to the professional ranks.

“They’re helping out some younger guys trying to get some more guys out on the PGA TOUR. That program has been amazing in the development and given me so many opportunities to train and get better. The resources that they have are awesome.”

Tiger Woods smacked his hands into an oak as he let loose of the club during a bold escape from the trees, came within inches of an ace on the next hole, and most importantly was among 27 players – just under 20 per cent of the field – to break par.

Woods made five birdies to counter his mistakes in his round of 70, the first time he broke par in the opening round of a PGA Tour event since his 64 in the Wyndham Championship in August 2015 – just six tour events ago because of back surgeries.

This was his first time playing the Valspar Championship, and it got his attention.

“I enjoy when par is a good score. It’s a reward,” Woods said. “There are some tournaments when about four holes you don’t make a birdie, you feel like you’re behind. Today, made a couple of birdies, all of a sudden puts me fourth, fifth, right away. That’s how hard it is.”

It was like for everybody, especially Jordan Spieth and Rory McIlroy.

Spieth, who won at Innisbrook in a playoff in 2015, didn’t make a birdie after the par-5 opening hole and shot a 76. Only six other players had a higher score. Rory McIlroy, who like Woods was making his debut in this event, played in the morning and shot 74.

Henrik Stenson, who played with Spieth and Woods, also shot 74.

Watney holed a bunker shot on the par-4 16th, made the turn and had an eagle on the first hole.

“Maybe I need to steal a few shots here and there and get some good things going,” said Watney, winless since August 2012.

Walker (69) and past Innisbrook champion Luke Donald (70) managed to go bogey-free, a rarity on a day like this. Also at 70 were Justin Rose, Masters champion Sergio Garcia, Adam Scott and Steve Stricker, who won last week on the PGA Tour Champions.

Woods is playing his fourth PGA Tour event since returning from fusion surgery on his lower back, his fourth surgery since the spring of 2014. He has shown steady progress, and this might have been his most steady performance, even with four bogeys. Those were inevitable.

One of the came at the par-3 fourth, when he was fooled by the wind and sent his tee shot sailing. It was next to a tree that Woods had to straddle just to advance toward the green. He also came up well short on the 12th into a strong wind.

“Into the wind, it felt like you just hit walls,” he said.

Woods got within two shots of the lead by ripping a long iron from the top collar of a bunker on the par-5 11th and using the slope to chip close for a tap-in birdie. He dropped shots on the next two holes, going short into the wind on No. 12 and over the green with the wind at his back on No. 13.

The only unnerving moment came at the 16th, when he tugged his iron off the tee into the trees. Woods realized he would hit the tree on his follow through, asking the gallery – thousands of them – to be careful in case the club snapped. He had to take it toward the lake on the right and bend it back to the left, and it came off perfectly.

But it looked painful.

Because he had to generate so much club speed, his left forearm and hands struck the oak and Woods dropped the club and winced on impact.

Woods followed with a 5-iron that rolled just right of the cup for a tap-in birdie and finished with a long two-putt par after getting fooled again by the shifting wind.

“This is a tough golf course. Not too often in Florida do you find elevation. Great driving golf course,” Woods said. “I asked Henrik, ‘What do you around this golf course when there’s no wind here?’ He said it’s still a hell of a test. We can all see that.”