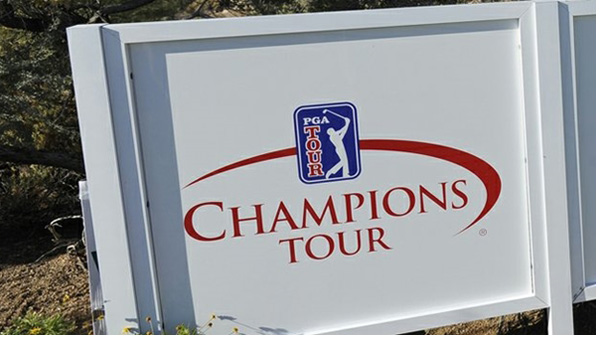 Darryl James is making some noise at the Champions Tour Regional Qualifier in Murrieta, Cal.

The 1994 Canadian Tour — now PGA Tour of Canada — Rookie of the Year followed up a three-under-par 69 performance in rd. 1 with a score of even par 72 Wednesday to remain in a three-way tie atop the leaderboard.

James tees off with fellow leaders Patrick Burke and Jerry Smith at 9:40 AM PT at Bear Creek Golf Club.

March Hurtubise and Mark Rypien have struggled this week on the same track. Hurtubise is currently in 35th place with an accumulative score of 161 (85, 76), while the former Super Bowl MVP sits in the 41st spot after carding consecutive 83s.

At the regional qualifiers in Florida, Remi Bouchard fell to 24th place after a promising start in rd. 1 with a score of 75 on Wednesday.

Fellow Quebec natives Michael Dagenais and J.C. LeBlanc have not had much success through the first two rounds at Orange County National. Dagenais is currently tied for 52nd spot with American Bill Breen, while LeBlanc dropped to 68th after shooting an 80 in Rd. 2.

Ken Tarling, Canada’s only competitor at the qualifier in Texas, has shown poise and consistency this week at Woodforest Golf Club at Fish Creek. His rounds of 72 and 73 have placed him into a four-way tie for 13th, only eight shots behind leader Cesar Monasterio of Argentina.

There are a limited number of spots available for the final qualifying stage, which begins on November 17at Panther Lake Golf Course in Winter Garden, Fla. 20 spots will be awarded this week at the regional qualifier in Florida with only a combined 29 spots up for grabs at the tournaments in Texas (15) and California (14).