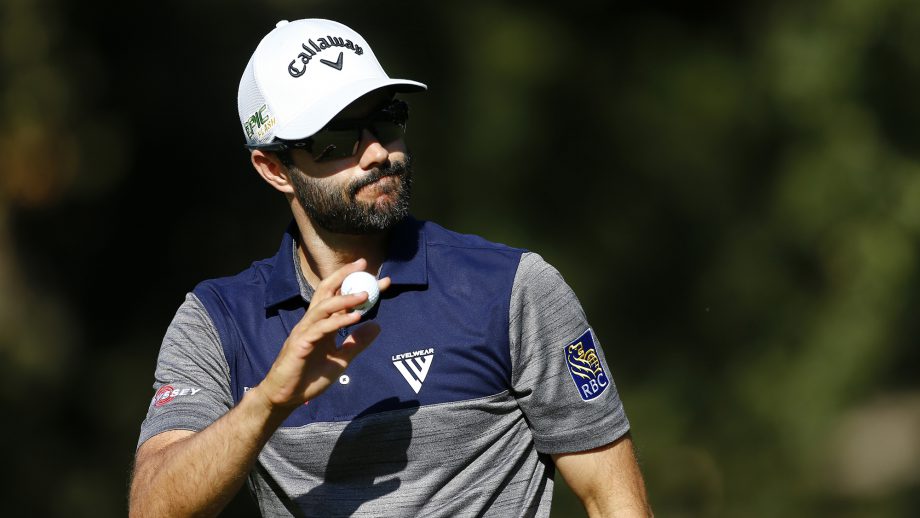 NAPA, Calif. – Even as he bolted to the top of the leaderboard at the Safeway Open, Cameron Champ’s mind was elsewhere.

Champ’s grandfather, Mack, is in hospice battling stomach cancer and the family has been commuting back and forth between the tournament and his hometown of Sacramento, about 65 miles northeast of Silverado Resort.

“It’s been a pretty emotional week,” Champ said Saturday after shooting a bogey-free 5-under 67 in windy conditions to take a three-shot lead into the final round. “He just made me realize there’s a lot more to life than golf. His thing is he likes to say ‘focus’ a lot. Me and my dad always laugh about it. like, ‘OK Pops.”’

Champ has certainly looked focused this week. He opened with a 67 on Thursday, had two bogeys and a six birdies for a 68 on Friday, then moved into the lead with steady iron play and strong putting. Champ narrowly missed a sixth birdie on No. 17 after nearly driving the green. He had a 14-under 202 total despite playing the four par 5s without a birdie.

“I’m certainly happy with the position I’m in,” Champ said. “I know if I can get in the fairways on those (par 5s) and kind of do what I did today, it will be a good day.”

Champ didn’t make the trip to visit his grandfather following Friday night’s round and was uncertain of his plans after taking the lead.

Closing out Sunday with his second PGA Tour victory would provide Champ and his family a much-needed lift.

“It would be mind-blowing, honestly,” Champ said. “I’m going to continue doing what I’m ding. Whether I shoot 80 tomorrow or whether I shoot 65, I really don’t care. I’m just going to focus on putting my best round together, and whatever that’s going to be tomorrow, it’s going to be.”

Hadwin and Taylor are paired in the second-last grouping on Sunday, teeing off at 1:50 p.m. ET

Munoz, the Sanderson Farms Championship winner last week in Mississippi, got back into the mix with six birdies. That followed an uneven second round when the 26-year-old Colombian had a double bogey and an eagle.

Second-round leader Bryson DeChambeau was 8 under after a 76. DeChambeau bogeyed Nos. 3 and 10, double-bogeyed No. 13 then ran into big trouble after hitting his second shot on No. 18 over the grandstands around the green and into a patch of reeds.

Following a lengthy discussion with course officials and a delay of at least 20 minutes, DeChambeau took a drop and flopped a shot back over the grandstands onto the green 10 feet from the pin. He two-putted for par.