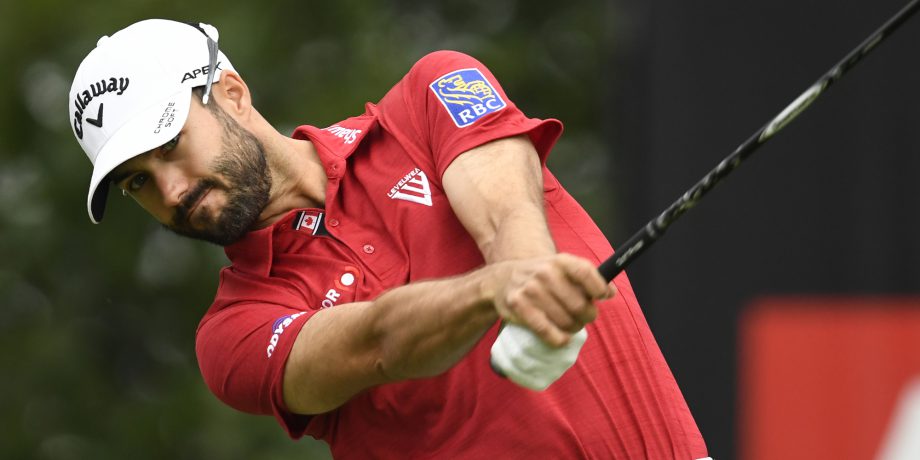 Adam Hadwin had a career year in 2017, and as the calendar changes, he added two more honours.

The Golf Journalists Association of Canada (GJAC) is proud to announce Hadwin, Josh Whalen, Judith Kyrinis, and Brooke Henderson are the 2017 Players of the Year as voted by GJAC members across the country. Hadwin’s magical season where he notched his first PGA Tour victory, shot 59, and played on the Presidents Cup team was also named the Canadian Golf Story of the Year.

“GJAC is happy to honour these golfers and their accomplishments in 2017,” said Robert Thompson, GJAC president. “The accomplishments of the winners – and each of the nominees – show how strong Canadian golf is right now. GJAC wishes the best of luck to in the year ahead.”

Hadwin’s first PGA Tour victory came in March after a thrilling Sunday at the Valspar Championship, where he won by one over Patrick Cantlay. In January, Hadwin became the eighth golfer in PGA Tour history to shoot a sub-60 round.

Just weeks after his win, Hadwin got married and closed on his first home to cap a whirlwind start to 2017. He ascended to inside the Top 50 in the world (becoming Canada’s highest-ranked male golfer in the process), played all four majors, and participated in the Presidents Cup in September.

Henderson continued her impressive start to her LPGA Tour career, winning twice – at the Meijer LPGA Classic and the McKayson New Zealand Women’s Open – and nearly defending her title at the KPMG Women’s PGA Championship. She finished sixth on the LPGA Tour’s 2017 money list, earning just over $1.5 million in 30 events (the most on Tour).

She was the only unanimous choice out of the four winners.

Whalen finished No. 1 on the Golf Canada Amateur Order of Merit for his fine campaign in 2017. He finished third at the Canadian Men’s Amateur and notched six top-20 finishes during his senior year at Kent State University.