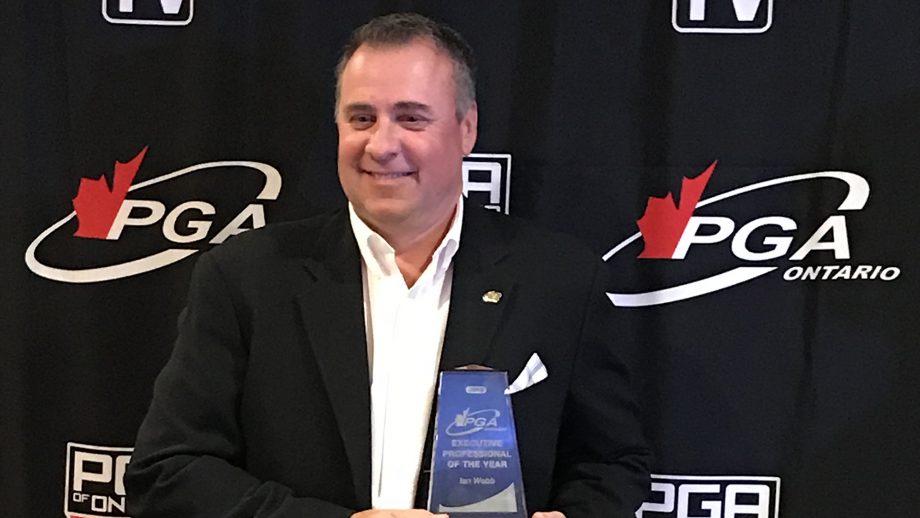 Golf Canada joins the entire golf industry in mourning the passing of golf industry veteran Ian Webb. After a brave battle with cancer, Webb passed away Saturday, September 7th, 2019 at the age of 54. He is survived by his wife Helen as well as his daughters Gillian and Allison.

In March of 2019, Webb was diagnosed with glioblastoma, the same aggressive form of brain cancer that took famed Canadian rocker Gord Downie of the Tragically Hip in October of 2017.

His impact on the game of golf in Canada and his industry peers has been significant. He has mentored several golf professionals who now hold Head Professional and Director of Golf positions in Western Canada, the United States and as far away as Thailand. Since his diagnosis, his fellow professionals and countless colleagues in the industry rallied around Webb with the hashtag #WebbyStrong on T-shirts and across social media as a tribute to their close friend.

The impact of Ian Webb has continued in force across a number of initiatives. The PGA of Canada renamed their national education program the Ian Webb Scholarship Fund in April 2019. The #WebbyStrong initiative online and through various activities has raised over $60,000 for the scholarship fund and for the Trillium Health Partners Foundation in Mississauga. As well, the members and staff of Credit Valley have donated over $75,000 to honour Webb with a memorial Verdin clock tower to be added to the practice area at Credit Valley Golf and Country Club.

Prior to his passing, Webb was also a driving force behind Credit Valley’s decision to host the 2019 Golf Fore the Cure National Event on September 23rd. The 144-player scramble tournament will welcome female golfers of all abilities from across the country in a fun golf event that raises awareness and funds for breast cancer research.

On Wednesday, September 18th from 3:00 pm – 6:00 pm Credit Valley Golf and Country Club will welcome its members, PGA of Canada Professionals and CSCM General Managers to share a story about Ian and toast to his impact, his legacy and love of the game.

If interested, donations to the Trillium Health Partners would be appreciated by the family.