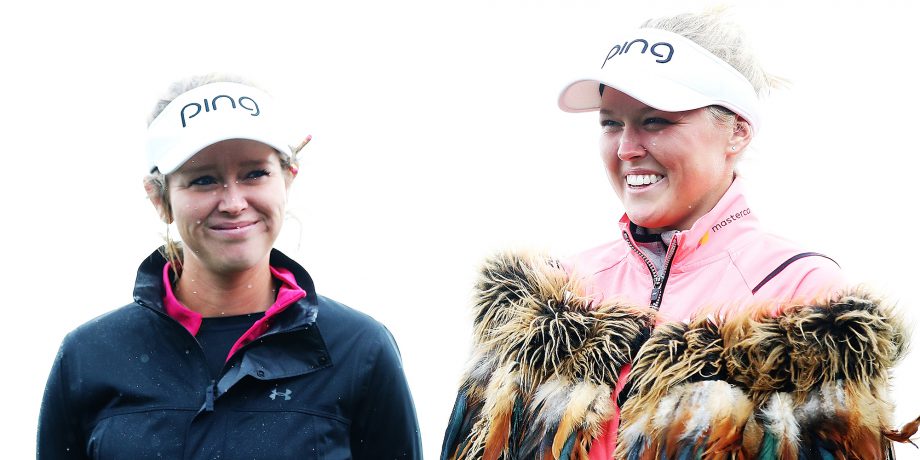 Brooke Henderson’s victory at the McKayson New Zealand Women’s Open came with more than a cash prize and a trophy.

Henderson was given a traditional Maori cloak after winning her first tournament outside North America, and the young Canadian golfer counts that honour as a major highlight of her successful second season on the LPGA Tour.

“That cloak represents that I’m part of that family and it’s hard to think about,” Henderson said from her home in Naples, Fla. “I’m really proud to own it and be considered part of their family.”

The September victory at the inaugural New Zealand Women’s Open was her second of the season – her first win came at the Meijer LPGA Classic in June – and was a big part of her favourite two weeks of the year. She said she enjoyed New Zealand more than any other of the 11 countries she played in in 2017 and made time for a week’s holiday with her sister (and caddie) Brittany.

Although she admitted she was slow out of the gate this year on the course, Henderson still notched top-15 finishes in 16 of the 30 events she played. She earned more than US$1.5 million and finished sixth on the money list.

She also finished top-10 in two key statistics this year, greens in regulation and scoring average.

“I know my long game has always been my strength, but to see those numbers on weeks when I played well – and some weeks that I didn’t – and to be that consistent? I’m really happy with that,” she said. “Moving into 2018 I definitely want to keep that up, work on my ball-striking this off-season but hopefully improve my short game (and) putting stats. If I can make that happen, hopefully I’ll see even better results.”

The 20-year-old called her season a success, even though she said it was more difficult to win this year versus 2016.

“For a while we had 16 different winners on Tour and no one was really taking charge of it. I feel like the talent and the level of play was a lot stronger than it has been,” she said. “To get two wins when it was like that? it definitely gives me a lot of confidence.”

Although she struggled for the first two rounds – needing a birdie to drop on her final hole Friday just to make the 36-hole cut – she shot the course record at the Ottawa Hunt and Golf Club during Saturday’s third round, an eight-under 63, to launch into contention. She eventually finished tied for 12th.

Ottawa Hunt and Golf Club gave Henderson an honorary membership last year, and Henderson’s hometown of Smiths Falls, Ont. is less than an hour away from the club.

“I was grateful to make the weekend because I wanted to put on a good show,” she said. “All these people were there to watch me. I loved their support and I really wanted to show them what I could do.

“To have the course record at my home course against some of the best players in the world? that’s awesome. It’s history.”

Henderson said her goal for next year is to move into the top 10 in the world rankings once again after peaking at No. 2 last year. She currently sits at No. 13.

“I almost want to say I know I’m a top-10 player, so it bothers me a little bit that I’m just outside,” said Henderson. “I know that will change quickly. If I get a win early in 2018 and improve on those little things that I want to in the off-season I feel I could get down into a good spot.”

Henderson now has five wins on the LPGA Tour, second to only Sandra Post (eight) among Canadians, a record that could fall next year.

For now, she will appear on some of the Golf Channel’s programming this week before returning to Smiths Falls for the holidays, where that cloak she won in New Zealand might come in handy.

“I might wear it as my winter coat when I go home,” she said.