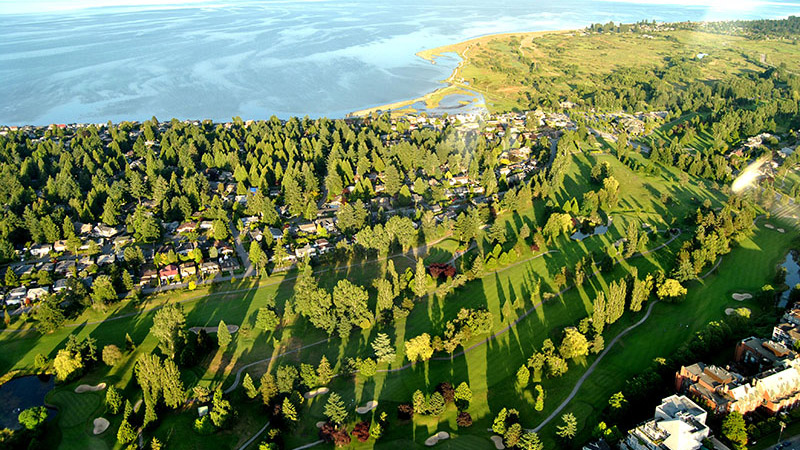 TSAWWASSEN, B.C. – 142 of Canada’s premier junior golfers will be in Tsawwassen from July 30 – August 3 for the 2018 Canadian Junior Girls Championship at Beach Grove Golf Club.

Established in 1932, Beach Grove Golf Club is a championship golf course layout par 71 playing 6200 yards from the back tees. The course, situated in the heart of sunny Tsawwassen, B.C., is lined with mature trees and offers well-groomed fairways and the truest greens in the Lower Mainland.

“We’re thrilled to be hosting this strong field at Beach Grove and welcoming this prestigious championship to our course,” said Chris Hugill, General Manager at Beach Grove Golf Club. “The golf course is in tremendous shape and we look forward to showcasing its beauty as well as the great city of Tsawwassen.”

The impressive field is led by the Team Canada Development Squad, with 13 of Canada’s top-50 golfers in the World Amateur Golf Rankings (WAGR) in the draw. At No. 360, Team Canada’s  Céleste Dao the highest ranked golfer in the field.

“Beach Grove Golf Club is the perfect host for our national Junior Girls Championship,” said Tournament Director Akash Patel. “Its signature holes and fantastic layout will provide a great challenge for the best junior golfers in Canada as they chase a national title.”

Susan Xiao was crowned champion at the event last year, finishing with a five-stroke victory. She would go on to place sixth at the 2017 Canadian Women’s Amateur Championship at Cutten Fields in Guelph, Ont.

A practice round will be conducted on July 30 prior to the championship’s opening round on July 31. Following the first two rounds of play, the field will be reduced to the low 70 players and ties with the top ten juvenile’s and ties included in the final round.

A tie for the championship will be decided by a hole-by-hole playoff immediately following the conclusion of play.

The 2018 Canadian Junior Girls’ champion will receive an exemption into the 2019 Canadian Women’s Amateur Championship.

The defending team champions from Ontario will look to make it two in a row in the inter-provincial team competition, which takes place over the first two rounds.

In rounds one and two the best two scores of the three golfers from each provincial team count towards the team’s score. The lowest aggregate score over rounds one and two determines the champion. British Columbia won the 2015 and 2016 titles.

NOTABLES
Céleste Dao of Notre-Dame-de-l’Île Perrot, Que.
The 17-year-old is in her first year on the Team Canada Development Squad and has top-ten finishes in 11 out of the 16 events she has played at in 2018, including three wins this year: Mexican Junior Girls Championship, U.S Women’s Open Qualifying – Cape Cod National and Girls’ Provincial Junior Championship. She is currently ranked No.1 on the Future Links driven by Acura National Order of Merit and is ranked No. 377 on the World Amateur Golf Rankings.

Ellie Szeryk of London, Ont.
The Team Canada Development Squad rookie finished T2 at this event last year, the highest of any returning player. The 18-year-old recently won the 2018 GO Investors Group Women’s Amateur Championship and finished in the top-ten in all nine of the 2018 stroke-play events she played in. She is currently No. 2 on the Future Links driven by Acura National Order of Merit.

Emily Zhu of Richmond Hill, Ont.
The 14-year-old, who finished T4 at the event last year, is currently ranked No. 4 on the Future Links driven by Acura National Order of Merit. Zhu has five top-finishes in 2018 so far, including a win at the GO Investors Group Junior Spring Classic in May.

The 2018 Canadian Junior Girls champion will receive an exemption into the 2019 Canadian Women’s Amateur Championship.