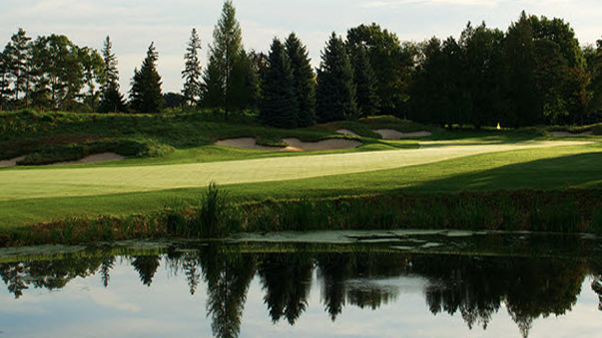 Thornhill, Ont. (Golf Canada) – The top golfers in the country will be on display at the Canadian Junior Girls Championship, July 28-August 1 at Thornhill Golf and Country Club in Thornhill, Ont.  In its 60th year, the Canadian Junior Girls Championship continues to showcase Canada’s top players. This year 125 players will vie for the title over 72 holes of stroke play with the field being cut to the low-70 players and ties after 36 holes. “The excitement continues to build around this year’s Canadian Junior Girls Championship,” said Tournament Director Justine Decock. “The field is incredibly strong and it should prove to be a very exciting four days of action at Thornhill Golf and Country Club as Canada’s best juniors compete for the prestigious title.”Challenging for the title will be various provincial champions including Team Canada Development Squad member, Jaclyn Lee, 18, of Calgary who finished tied for 7th at last year’s event and Naomi Ko, 16 of Victoria. Lee has been on an impressive run this summer capturing the CN Future Links Prairie Championship along with the Alberta Women’s Amateur and Junior Girls titles, while Ko picked up the CN Future Links Pacific Championship and B.C. Junior Girls title earlier this summer.Four additional CN Future Links champions are also entered into the field including, Team Canada Development Squad’s Valerie Tanguay of St. Hyacinthe, Qué., Annie Songeun-Lee of Surrey, B.C., Alyssa Getty of Ruthven, Ont. and Rachel Cormier of Rothesay, N.B.Other notable contenders include recent Ontario Junior Girls’ Match-Play Champion Grace St-Germain who also won the Québec Women’s Amateur title, Development Squad’s Sabrine Garrison of Calgary who finished tied for 5th at the 2013 Canadian Junior Girls Championship at Cherry Downs Golf and Country Club and Courtney Tolton of Mitchell, Ont. who claimed the 2014 Ontario Junior Girls’ Championship.Thornhill Golf and Country Club has a rich history in championship play having previously hosted the 2006 Canadian University/College Championship and the 2009 Toronto Star Women’s Amateur. In addition, the Stanley Thompson design was the site that played host to 1945 Canadian Open where Byron Nelson claimed his remarkable 11th victory in a row.“It’s a great honour to host the top juniors in our country and there is certainly a lot of excitement building in the Thornhill community,” said Craig Stait-Gardner Host Club Tournament Chair at Thornhill. “The support from our local sponsors and volunteers has been outstanding and everyone is looking forward to a great championship.”This year’s Canadian Junior Girls Champion will receive an exemption to the 2015 Canadian Women’s Amateur Championship, as well as each of the 2015 Canadian Women’s Tour events. In 2013, Maddie Szeryk, a dual-citizen of Canada and the United States ran away with the Junior Girls’ title, winning by an impressive 14 strokes. Szeryk will not be in the field this year.Practice rounds will be held Monday, July 28, while championship play will be conducted Tuesday, July 29 through Friday, August 1 with 18 holes of stroke play each day.  Any tie after 72 holes will result in a hole-by-hole play-off. Starting times, post-round results, full field list, and live scoring are available here.The Canadian Junior Girls Championship is open to female amateur golfers who have not reached their 19th birthday by the last scheduled day of the Championship, Aug. 1, 2014. The Canadian Juvenile Championship is open to female amateur golfers who have not reached their 17th birthday by the last scheduled day of the Championship.