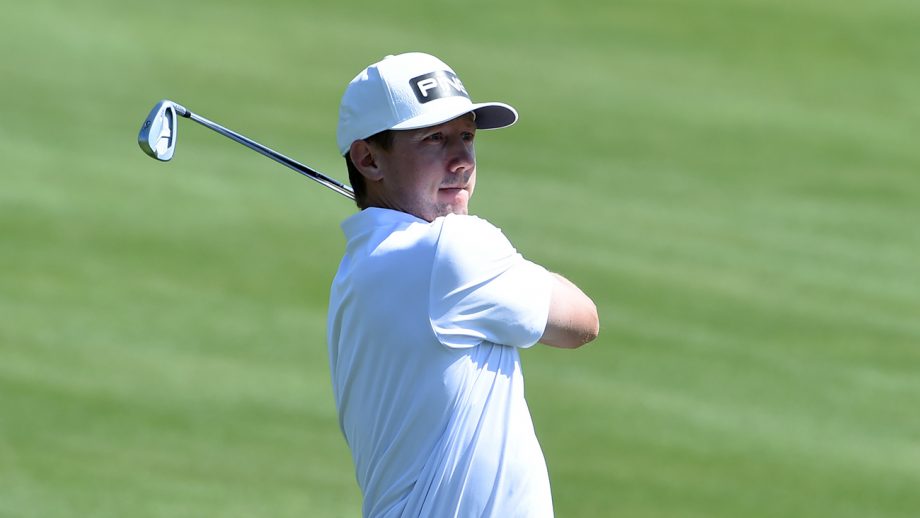 AUSTIN, TEXAS - MARCH 26: Mackenzie Hughes of Canada plays his shot on the second hole in his match against Talor Gooch of the United States during the third round of the World Golf Championships-Dell Technologies Match Play at Austin Country Club on March 26, 2021 in Austin, Texas. (Photo by Steve Dykes/Getty Images)
Golf Canada

The golfer from Dundas, Ont., won Group 9 with a record of 2-0-1 after tying American Talor Gooch today.

Gooch won the final two holes to even up the match, but the tie was enough to send Hughes into a match tomorrow against Spain’s Sergio Garcia.

The 16 winners of the four-player groups advance to the weekend elimination rounds.

Corey Conners of Listowel, Ont., the other Canadian in the event, has been eliminated from championship contention.